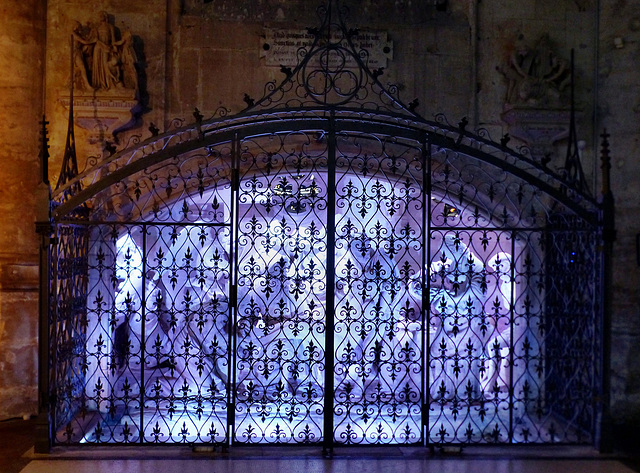 Saint-Mihiel had a parish church already in the 10th century. The Romanesque structure got renovated and rebuilt in the 13th and enlarged in the 16th century. During the French Revolution, the church was used as a hospital, but got re-consecrated in 1802. Soon plans were made, to broaden the road passing the church, so in 1823 the old belltower, one aisle and the side chapel were demolished.

Renaissance sculptor Ligier Richier, a genius of his time, was born in Saint-Mihiel around 1500.

One of his major works, the "Mise au Tombeau" (Christ being placed in the tomb) is here, seen behind the metal grid.

Ligier Richier, who had unsuccessfully petitioned the Duke of Lorraine to allow him to practice in the reformed Protestant religion, completed this "entombment", before he left Lorraine and moved to Geneva, where he was free to follow this religion.
Suggested groups:
Comments