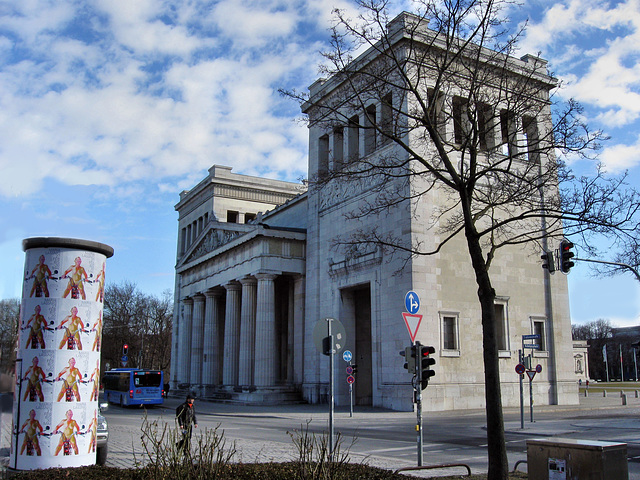 Munich´s population reached 100.000 in 1852, 250.000 in the 880s, 500.000 in 1901. The tax-income grew accordingly - and the need of city planning. One of the new prestigious boulevards built in the 19th century leads to Koenigsplatz, - a copy of the Acropolis in Athens. Ludwig I was "hellenophil", his son Otto later became the first greek king. So in the middle of the place is a 1:1 copy of the Propylaia gateway. Now this is the center of Munich's gallery and museum quarter. As you see on that advertising pillar on the left grand austrian artist Maria Lassnig has an exhibtition.
Suggested groups:
Comments