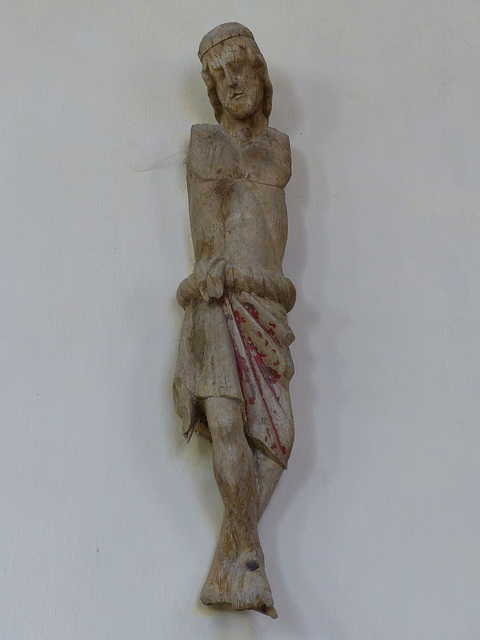 This church, dedicated to Saint Peter, is better kown under the name "L'église aux trois sanctuaires". It was erected on the "Butte d'Isle-Aumont" a hill that in acient time may have been a fortified island in the swampy valley. A settlement already existed here in pre-Roman times. Within the 6th century a merovingian necropolis covered the hill. More than a thousand graves have been found and about 600 merovingian sarcophagi have been excavated some decades ago.

In 1097 Robert of Molesme founded the priory of Saint-Ursion, a castle was built next to it. Both structure are gone.

The church has two naves. The left nave dates to the 12th century, the right nave was added about 200 years later.

The church was locked, but Mrs. Jacotin opened the gates and doors and guided us around. Merci beaucoup!

This crucifix was probably carved late 13th/early 14th century. Romanesque carvings would be less realistic and depict more likely a „Christus triumphans“ instead of the suffering „Christus patiens“ seen here.