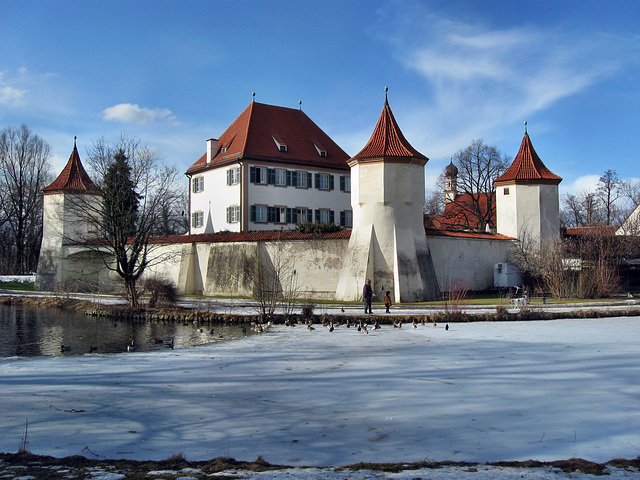 Blutenburg castle - just west of Munich. Place of a romantic and tragic love story. Here lived around 1432/35 Albrecht, only son of Duke Earnest of Bavaria, and his wife Agnes Bernauer, daughter of a humble craftsman. This was not an arranged marriage, they obviously fall in love to each other - and had married secretly. After some years Albrecht´s father considered the liaison unbefitting his son’s social standing. They clashed over the matter and finally - in the absence of his son - the father arranged to have Agnes condemned for witchcraft and drowned in the Donau River in 1435. Emperor Sigismund stepped in, to cool down the situation between father and son - and in the end, Albrecht bowed his head and married, just a year after Agnes´ death, Anna of Brunswick, the daughter in law, his family wanted to have.
Suggested groups:
Comments