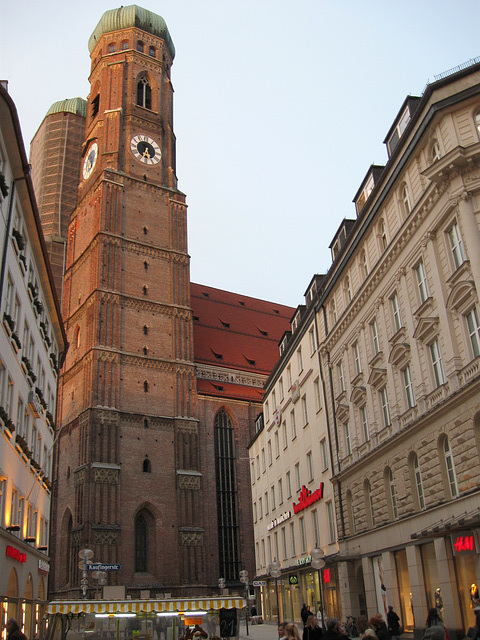 The "Frauenkirche" is a huge church built from red bricks. The towers are 98m high, being the highest structures in Munich. Buildings exceeding this height are sofar prohibited by the local authorities. The church replaced a romanesque-one, when the architect Joerg von Halsbach started to build in 1468 - and completed it within only 20 years. It is gigantic and can hold about 20.000 people. The population of Munich may have been 12.000 (or even less) at that time the hurch was built. There were always rumors, that Mr. von Halsbach had a deal with the devil, who supported him.
Suggested groups:
Comments