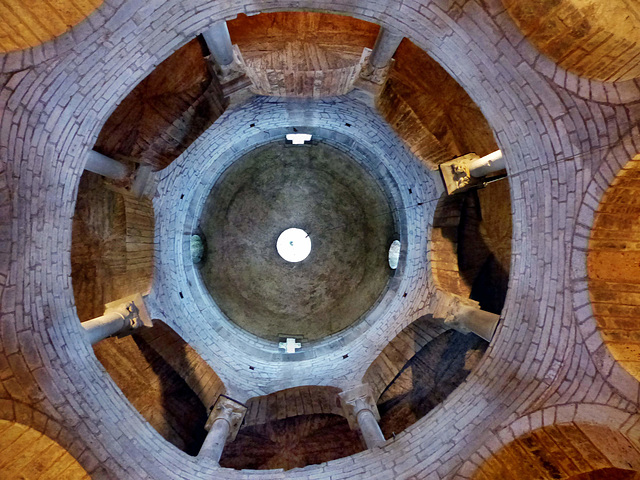 It is sure, that a church existed here, before the Rotonda was erected in the early 12th century. This older, probably ruined building could have been originated in Lombard or Frankish times.

A little fee opened the locked door (and switched on the lights).

The structure consists out of three cylindrical volumes put one above the other. The upper matronaeum, where the nuns once gathered, has eight columns, creating a circular ambulatory.

Unfortunately I was not allowed to "explore" the upper floor.

Sonja has particularly liked this photo

Sonja
For shame, looks like there are some nice capitals up there...
4 years ago. | Permalink