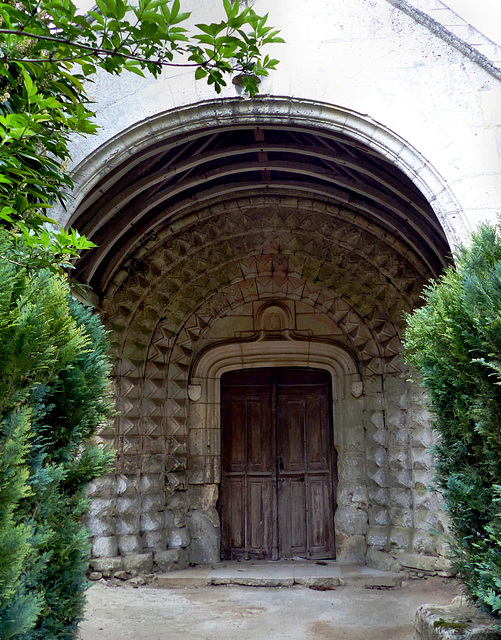 Archaeologists could prove, that there were at least two preceding churches, when the erection of this church started around 1100. At that times, this was a single nave structure. Modifications started already around 1160, when and aisle was added a more "modern" apse was added, replacing an older one.

The portal, seen here, is extraordinary. It consists out of four large zig-zag-archivolts. The nearby church of Rully (10kms south), with a similar but but smaller zigzag design, was built within the same decades. The towers of both churches show as well parallels, so the workshops may have closely cooperated.
Suggested groups:
Comments

It is strange. Ar first sight one wonders if it can be anything but very late neoromanesque with some art deco influences....
6 years ago. | Permalink

Actually many old village-churches around (not only Rully) have zig-zag archivolts, but here the artist created an impressing three-dimensional geometric pattern.
6 years ago. | Permalink