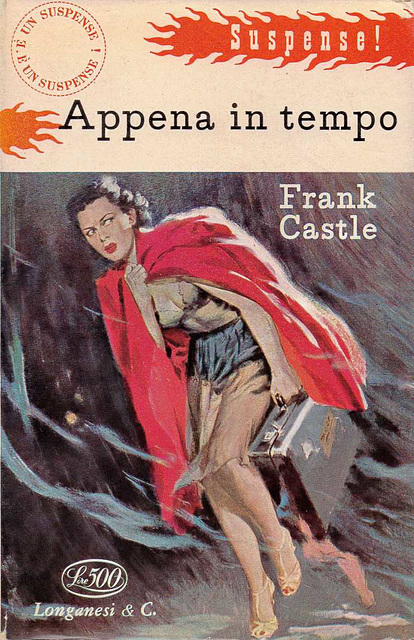 Originally published in the U.S. by Gold Medal as "Dead and Kicking" in 1956. This Italian hardback edition is number 36 in the "i Libri Che Scottano" series published by Longanesi in February 1958. Cover art tended to be swiped from U.S. paperbacks, this one originally appeared as the cover to "Case of the Vanishing Beauty" by Richard S. Prather (Gold Medal, 1954) with art by Barye Phillips.