Never make your move too soon Just fine Evening observations Keepin' pace with shadows in front Last night I had a dream Walkin' between the lines Eyecatcher Take me back Come up and see me, make me smile She's my sister Don't let the sun go down on me Singing in the rain Crossing the bridge Up TSC - Fences TSC - Abstract in nature TSC - Cleaning windows TSC - Forrest Gump-wise #46 - Perspective TSC - Vanishing Point TSC - Portrait (a striking similarity) TSC - Elvis Presley Songs TSC - White Balance: tungsten / Moonlit Nightride My first and ultimate 3D experience ;-) She came out of the blue Genevieve At night this is a nightclub Enchanting encounter But from here everything looks allright.... Coincidental juxtaposition, or: She-came-just-wal… She heard it through the grapevine Just checkin' Summer elegance Calm after the storm And .. left we go The last minutes Writing with light Amazing light in Antwerp Venice has that unsurpassed quality of light The great light surprised them all Moonwalk Walking class Here is looking at you, kid.......... All came out alive and sound Something tells me it's an illusion

Dancing in the dark 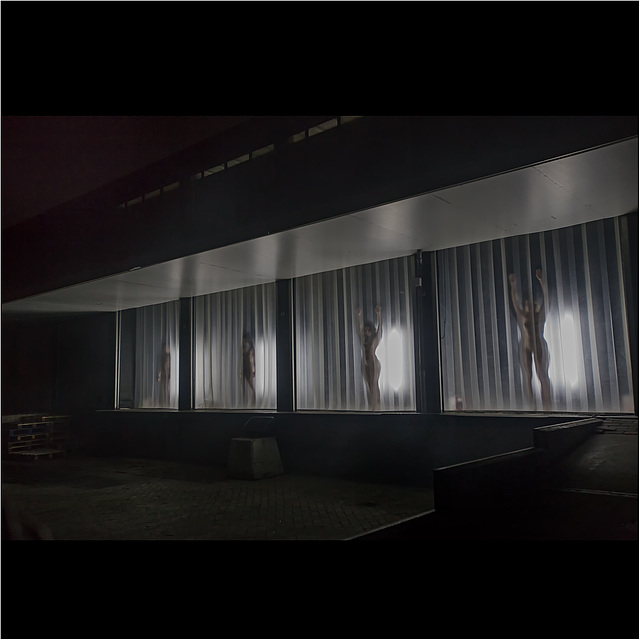 appo-fam, yokopakumayoko Francesco, and 2 other people have particularly liked this photo

The Eindhoven ‘live-art’ company United-C focuses on the interface between image, movement and performance. During GLOW, director Maarten van der Put and choreographer Pauline Roelants present Figures that Wander. In this looped performance, light objects display a play of lines and movement of four dancers positioned behind a semi-transparent wall. Then almost lit, then returned to a shadow, but also close-up and extremely see-through.

The location in the Spoorzone is excellent for this live performance of light and movement, which will amaze and move the audience. GLOW’s theme, ‘City in Motion’ is taken very literally with Figures that Wander: people stay, walk around and then leave.
www.unitedcowboys.net
6 years ago. | Permalink