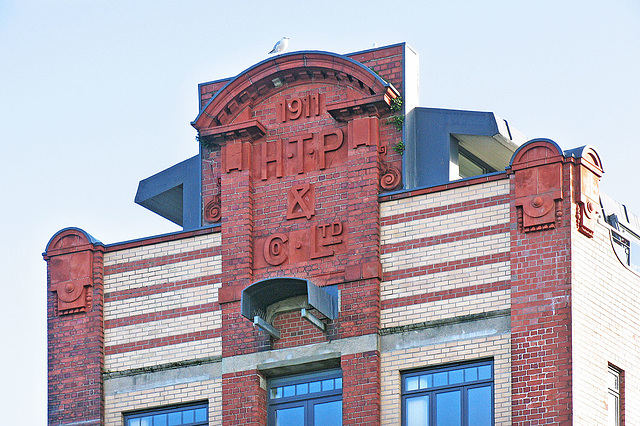 The Hosken family had been corn millers in Cornwall since the 18th century. The business thrived throughout the 19th century but the succession to William Hosken was a worry to him. Negotiations were held with the Trevithick brothers witha view to a partnership and at the same time the ambitious Samuel James Polkinhorn of Truro married into the Rosewarne family who were related to the Hoskens by marriage

Just five months after the death of William Hosken in 1890, the largest conglomerate ever formed in Cornwall emerged. It was complicated and led by a number of men who didn’t really know each other, nor how to run the business. Sam Hosken, the most respected director, was made the unwilling chairman but seldom attended a meeting. The other directors were Trevithick brothers on one side and the Hosken camp, including Rosewarnes and Polkinhorns by marriage, on the other; they would never agree. Years later, John Rosewarne described the family-controlled feudal company as an unholy alliance.

Buoyed up by shareholders’ cash and incredible borrowings, the business continued until 1936 when Spillers bought the milling side and the trading name. It continued in the hands of the same Hayle-based families for a further 40 years as Farm Industries Ltd.