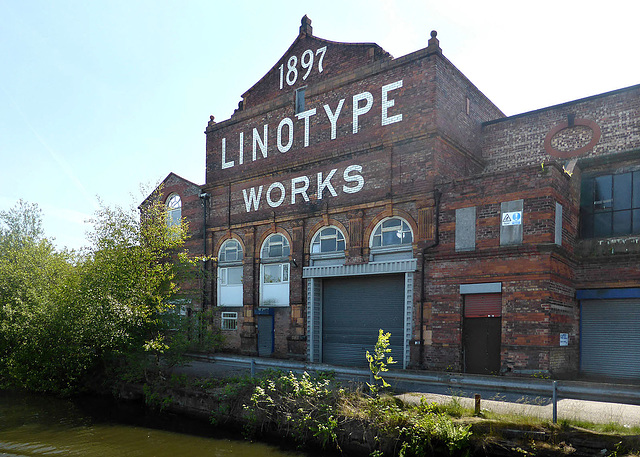 The Linotype and Machinery Company opened a factory in Broadheath in 1897. At the height of its success, the firm employed more than 10,000 people to make typesetting machines for the national newspaper industry. Between 1897 and 1901 the Linotype Company built 185 houses for its employees and provided two football grounds, four tennis courts, two bowling greens, a cricket ground, a playground for children and allotments.

The business collapsed when electronic typesetting took over. However, despite the trade's death, the company behind it never actually died. Mergenthaler Linotype Company lives on as one as a dispenser of fonts, sporting "one of the world's largest font libraries, offering more than 10,500 high-quality typefaces," according to its Linotype website.