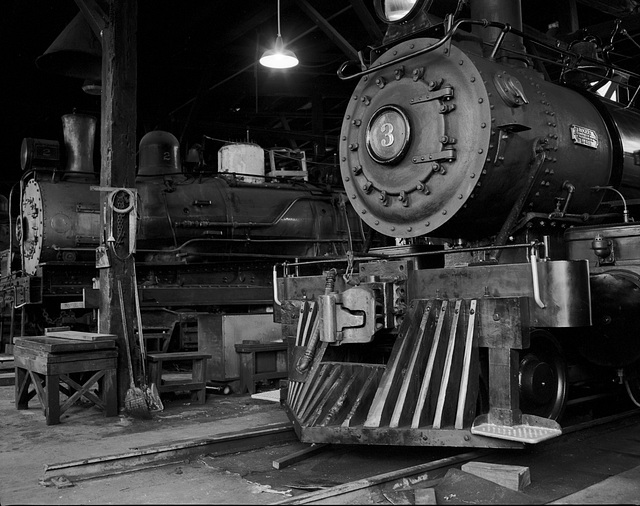 Number Three is a 4-6-0 type locomotive built in 1891 by Rogers Locomotive and Machine Works in Paterson, New Jersey. It is housed in the Railtown 1897 State Historic Park roundhouse in Jamestown, California and has appeared in over 100 Hollywood productions.
All Aboard!!