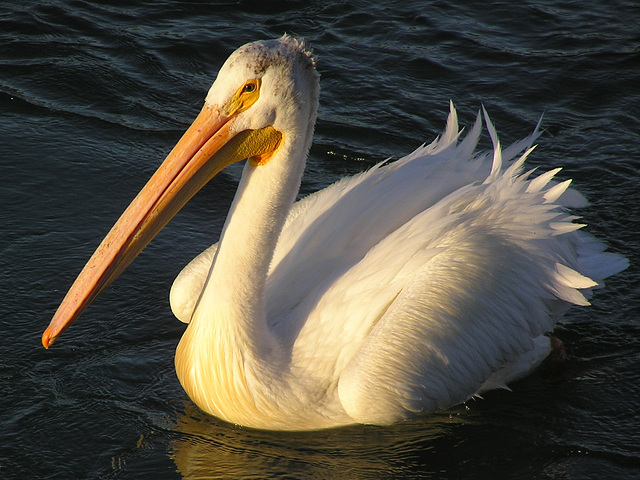 The evening sun on the day I picked to visit the American White Pelicans gave these majestic birds a golden glow. Each year, they gather by the Weir on the Bow River in Calgary. There can be many dozens of them gathering at the same time and you can see the frenzy when several spot the same fish! Each bird is slightly different, with varying amounts of black on their feathers. This photo has been used in "The Atlas of Breeding Birds of Alberta", published 2007, which was a nice surprise! 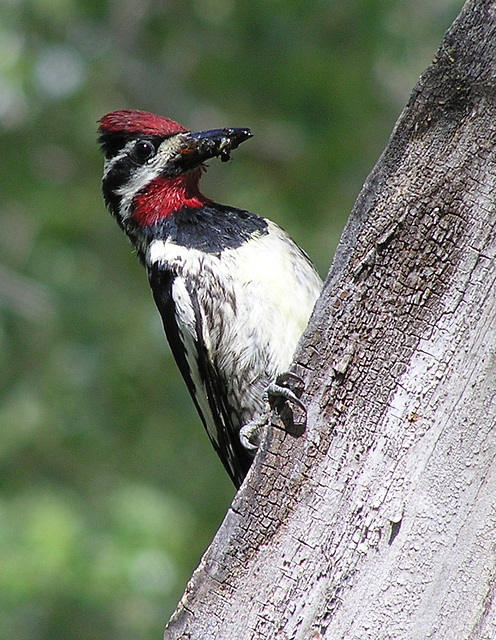 Quite a striking bird, but not seen all that often. 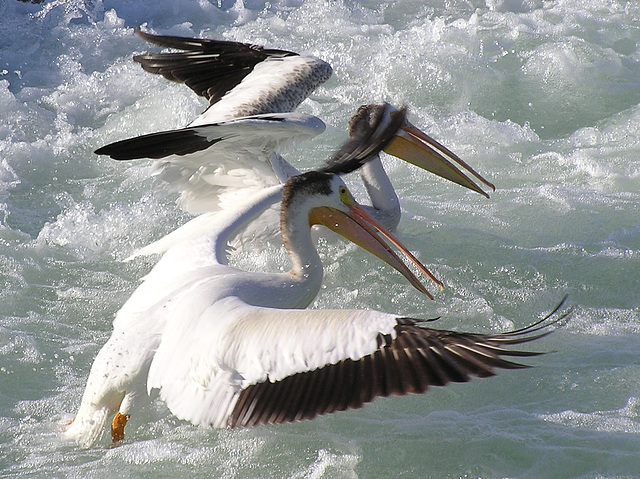 A fish has been spotted! The churning water at the base of the Weir creates bubbling, foamy water which leads to a whole variety of Pelican photo backgrounds. 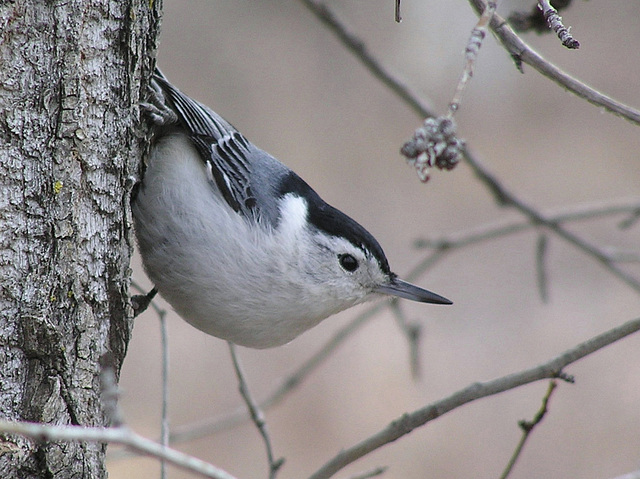 This was my very first bird photo, when I was new to "birding". In fact, I had no idea what kind of bird it was until I got home and did a little research. This photo, taken almost two and a half years ago, got me totally "hooked" on nature photography. These small birds will fly to your hand to feed, though hand-feeding is rather frowned upon. 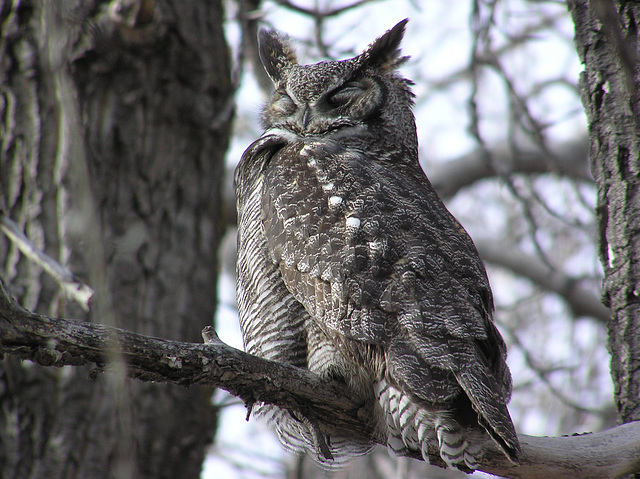 The Great Horned Owl is the provincial bird of Alberta and is common all year round. I have been lucky enough to see many, including two young ones. The feather detail really is quite attractive. They feed mainly at night but in winter they also hunt in the daytime. 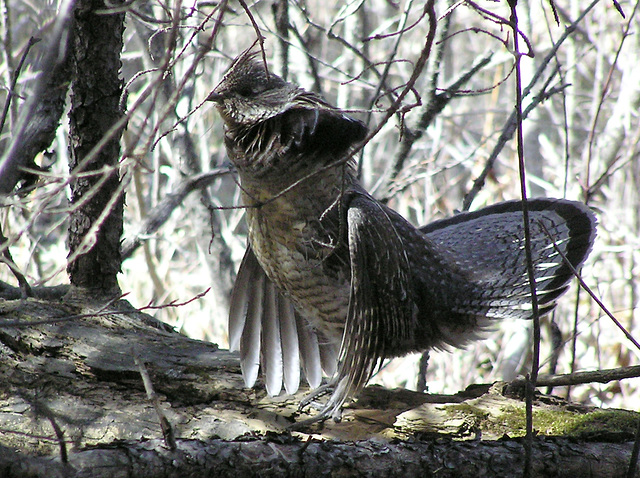 A friend took me looking for Ruffed Grouse this summer and this time we witnessed this male Ruffed Grouse doing his drumming courtship display on a log in a wooded area of Calgary. The drumming sound, made by beating the air with its wings, feels as if it is vibrating through your body. Sounds very much like a motor starting up. Males and females look similar. Thanks, David, as always! 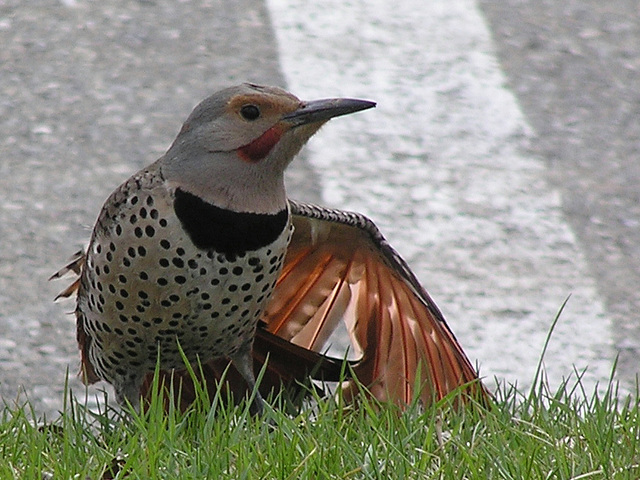 I was lucky to catch this Northern Flicker having a quick stretch, which showed the beautiful satin-like wing colour. These birds spend a lot of time on the ground, feeding on ants and other insects. Most of the Flickers we have in Calgary are hybrids. 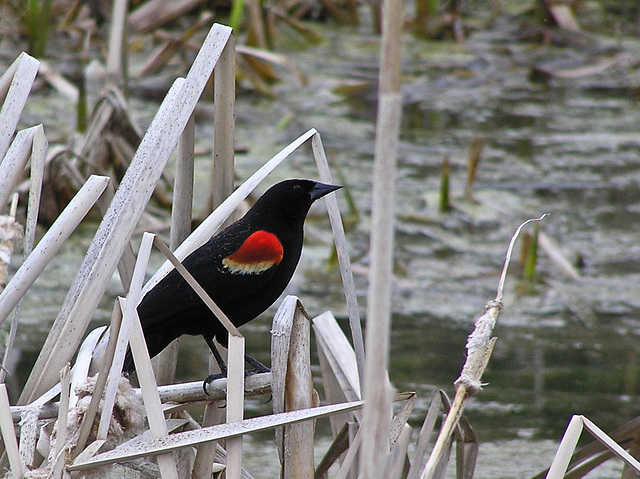 These birds can be found in places where there are Cattails, in wetlands. The males have bright red shoulders edged with yellow. The females are heavily streaked and, though less colourful, are very attractive in their own way. 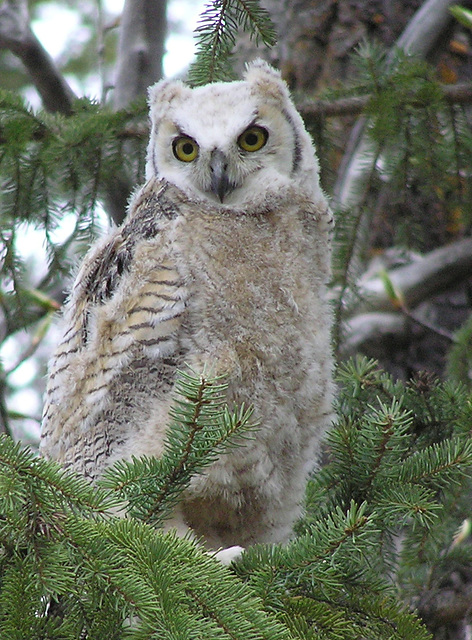 I happened to walk through a wooded area where I had previously seen a pair of Great Horned Owls, when this youngster flew into a tree near me. Its parents stayed close by, and the baby seemed quite curious by my presence, giving me plenty of opportunity to photograph it. Such a spectacular bird - and those EYES!
18443 items in total
Jump to top