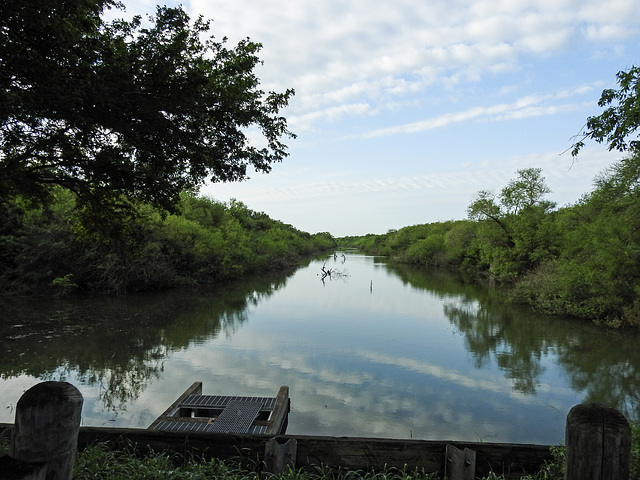 Well, Happy Summer, everyone! Here in southern Alberta, we are under a Rainfall Warning and, sure enough, it is pouring with rain today. Now there is concern about flooding. Our temperature at noon is 9C (windchill 5C). From the Weather Network:

"A long episode of rain, at times heavy, continues. A low pressure system will continue to bring rain. Total rainfall amounts of 50 to 80 mm are expected with local accumulations possibly exceeding 100 in the Bow Valley region.

The heaviest rain will diminish early this afternoon while later this afternoon showers and thunderstorms will help add to the rainfall amounts that have already fallen.

Heavy downpours can cause flash floods and water pooling on roads. Localized flooding in low-lying areas is possible. Be prepared for possible winter conditions at higher elevations."

As you can see, I have finally made a start on photos taken on DAY 9 of our 13-day birding trip to South Texas. I don't have a whole lot of images from this day and nothing too inspiring. If I can, I will edit and post as quickly as possible, as I need to finish this holiday's photos as soon as I can.

On Day 9, we had an early start from Mission, so caught the beautiful sunrise. Unfortunately, my photos had to be taken from back in the vehicle, and through the windshield. Poor quality, but posting for the memory.

The approximate distance between Mission and Brownsville, where we were heading, is 65.8 miles and travel time 1 hr 04 mins, travelling along US 83 and US 77. We stopped just before reaching Brownsville to visit the Resaca de la Palma State Park. This is where today's photos were taken.

The World Birding Center is the official title given to a combined nine parks and nature preserves in the Rio Grande Valley region of Texas managed by a partnership of the Texas Parks and Wildlife Department, the U.S. Fish and Wildlife Service, and the local communities in which the parks reside." From Wikipedia.
Suggested groups:
Comments