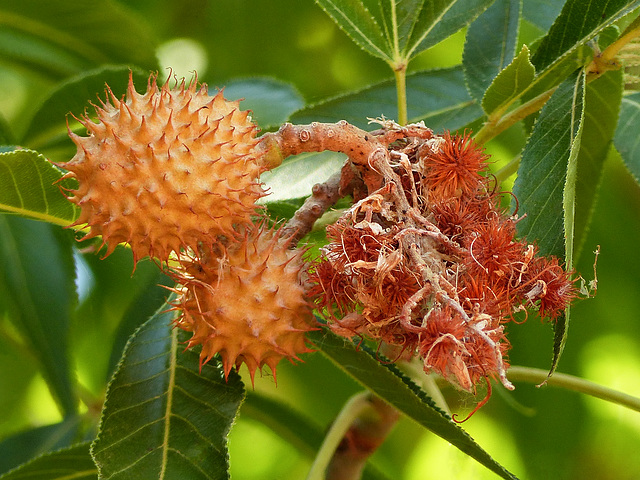 This summer, we have had practically no 'normal' summer days. They have been either too hot thanks to our endless heatwave, or too smoky thanks to all the wildfires in British Columbia and Alberta. The weather forecast for three days ago, on 3 August 2017, looked good; sunshine all day, with rain forecast on several of the coming days. I decided to finally do a drive all the way down south to near Lethbridge, so that I could again visit the Alberta Birds of Prey Centre in Coaldale. Last year, I did this drive for the very first time on my own and I wanted to make sure I didn't lose my courage to do it again. During the 511 kms that I drove, I had to ask for help with directions twice - both times in the same small hamlet! It was a hot day, with a temperature of 31C when I was at the Centre.

Though the forecast was for sun all day, there was no mention of the smoke haze that completely blocked out the mountains and pretty much the foothills, too. Very quickly, I was almost tempted to turn around and come home, but I reckoned I would still be able to photograph the fairly close birds at the Centre, which worked out fine.

Amazingly, I managed to make myself get up early that morning, and set off just before 8:30 am. My intention was to drive straight to Coaldale without stopping anywhere en route. Not an easy thing for me to do, as I much prefer driving slowly along the back roads rather than the less interesting highways. However, I knew it would take me a few hours to get there and I wanted to have as much time as possible down there. On the way home, I drove one dusty, gravel road, but saw nothing but a couple of Horned Larks perched on fence posts. A couple of old barns (that I had seen before) and a few scenic shots, were more or less all I took.

Twelve hours later, I finally arrived home, at 8:30 pm, totally tired out, and my car was just about out of gas. For the first time in the year that I have had this vehicle, the gas level warning light came on. Also, it surprises me that the oil change light has never come on, as I have done 8,500 km in just under 12 months. I was given free oil changes for the life of the car, but was told that I can't get them done until the light comes on, on the dashboard. Think I'd better contact the dealership and ask about this. Almost a year sounds far too long to not have an oil change. Later: after doing a bit of Googling last night, it seems that it is quite normal to have done this many km, or more, before the maintenance light comes on for getting a first oil change. My previous vehicle was 17 years old and things have obviously changed with newer cars!
Suggested groups:
Comments