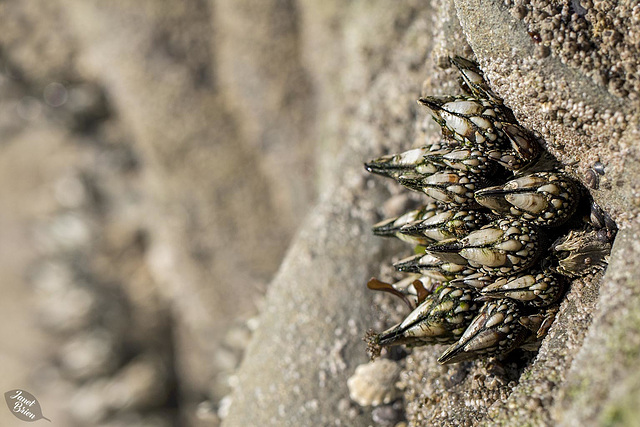 Notes Written During our Trip: Houston, We Have a Problem!!
Whenever you go on an adventure, it's best to go with the understanding that things are bound to go wrong at some point. After all, how can you possibly be prepared for stuff you aren't even aware of? We've learned that taking care of problems as they arise without getting freaked out is the best policy and this has made our lives so much happier when we're out on the road.

Case in Point: Um, the TV Isn't Supposed to Look Like That…
Every night, Steve and I curl up in bed with Pumpkin and watch an episode of a tv show or part of a movie. Pumpkin gets a chance to settle down, preen her feathers and cuddle with us before we tuck her into her sleeping tent.

On our first night away from home at lovely Harris Beach, I was getting things put away in the kitchen when I heard Steve call from his bedroom, "Janet, we have a problem."

I walked back to find out what was going on and he pointed at our tv screen on the wall. What I saw made me cringe. Instead of having a lovely image to look at, abstract rays of lines criss-crossed the screen, originating from a single impact point. Somehow in the midst of one of Steve's many projects around the trailer he must have smacked the screen with something pointed.

We stared at the screen for a moment with rather amazed expressions on our faces. Just to put an obvious point on the situation, one of us said, "Well, that tv is toast."

Thankfully, televisions don't cost much these days so it wouldn't be expensive to replace. The bigger problem was getting our hands on a new one. Given our location, this presented an issue because we were hours from a Costco (big warehouse store) or any place that might carry a tv that didn't break the bank.

If you're thinking, "Big deal, just read a book!", that wasn't an option. Our nightly routine with Pumpkin is set in stone and something we can't just not do--she would never understand!

For the time-being, setting up a laptop on the bed between us would suffice, so that's what we did. To our great relief, it worked out fine! Pumpkin was able to do her nightly preening and cuddling with us before settling down for bed, and we were able to watch a show like we normally do.

An Unfortunate Situation Met with a Great Attitude!
Before we watched our show though, we did some research online. We wondered how far Steve would have to go to find a store with a proper tv. Unfortunately, we determined with groans of unhappiness, that it would require a 2.5 hour drive all the way back to Medford. There just wasn't enough need for big stores that carried appliances on the Oregon coast. BUMMER.

Instead of getting upset about this unforeseen catastrophe, Steve was good with it. Problems are bound to come up and the drive back is beautiful. Plus, if there were any items we forgot at home, he would swing by and pick them up. All good. What a trooper.

The next day Steve departed after breakfast, leaving me at the trailer to hang out and be with Pumpkin. Calling with updates, I learned the drive was sunny and beautiful. Later, he arrived at Costco and found a very nice replacement for our tv that was the same size and cost less than the one we had! How nice that electronics prices are so much better these days--I still remember paying $800 for my first 30-inch television (more than twice the price of our new huge wall-mounted tv)!

It was also nice that he could stop by the house because we'd forgotten our griddle (pancakes!!!) and a few other things. We could have lived without them but now we didn't have to…yay!

It would be nearly 6pm before Steve pulled up at the trailer and he was absolutely done for after his adventure. Before we had dinner, Steve had the tv set up and it was perfect. Hooray! It's safe to say that we got to bed extra early and Steve slept in late the next morning!

Today's Picture
This is my second set of tide pool pictures and today's main image shows a cluster of goose-necked barnacles, retracted at low tide When the tide comes in they extend their long "goose neck" stalks which help them reach more food. Aren't they bizarre-looking?! I was really happy when I found this photogenic group. The angle and position was just right to get some background bokeh along with crisp details of these crazy barnacles! Did you know they are edible? In fact, these extremely expensive crustaceans are supposed to taste like a cross between lobsters and clams…YUMM!!

Today's Insets
I have some other neat pictures to share today, naturally!
There's a really interesting translucent seaweed macro that almost looks like some strange creature.
A cluster of Bay Mussels sitting on a rock encrusted with barnacles
A pair of starfish in tones of red and purple.
A marvelous still life featuring anemones, whelks, barnacles, limpets and a bit of kelp.
Finally, another view of this incredible tidal zone, brimming with life and at the lowest tidal point.

Thank You For Stopping By!
It's wonderful to read your comments and find out what you liked the most. I am very touched and humbled because I find your photography so incredible! What fun to explore the world through each other's photos, to see through your eyes and to learn so many things we didn't know about. I hope your weekend has been wonderful! Enjoy the day/night/morning! :)

Suggested groups:
43 comments - The latest ones

I have found these goose barnacles again and again on rocks in the Atlantic and the North Sea. You have composed a beautiful picture with them. I didn't know that these crustaceans are so tasty. I have never seen a dish in a restaurant in Germany.
2 weeks ago. | Permalink

A fascinating collection of marine life Janet
2 weeks ago. | Permalink

An outstanding series, Janet. You really put a lot of effort in your explanation!
2 weeks ago. | Permalink

A nice shot of these tasty 'percebes'!
(it's the Spanish name for these expensive delicacies).
2 weeks ago. Edited 2 weeks ago. | Permalink

Wow, this set of photos is so alien to this Earthling. The seashore is so amazing and beautiful. Glad Pumpkin could watch her TV.
2 weeks ago. | Permalink

At first I thought it was the beaks of little birds.
Very nice and interesting shots, Janet
2 weeks ago. | Permalink

Some gorgeous shots here, Janet. I think rock pools are absolutely fascinating and no two pools are the same. I think your macros of the limpets and mussels are simply stunning.

Good thing Steve didn't mind driving all that way to get a new tv, and luckily it was close to your home and not the opposite direction. I remember paying over £900 for a tv and video about 25 years ago - it was a 25" NICAM stereo - nowadays you wouldn't pay anything like that, and money is worth a lot more nowadays than then. It weighed a ton too - nothing like our flat screen ones do now!!!
2 weeks ago. | Permalink

Admired in: www.ipernity.com/group/tolerance
2 weeks ago. | Permalink

One should have studied Biology, -- Invertebrates in particular to give the ID!!

Did Darwin ever say this?
2 weeks ago. | Permalink

PS What is that first PIP.

And they say there is purpose in every life!!
2 weeks ago. | Permalink

Those gooseneck barnacles are fascinating and well named. What a lovely place to explore for photographic gems. I love the rocky beach.
2 weeks ago. | Permalink

LOVE THE PICS.. AND RE THE TV... ITS ANOTHER TALE FOR THE BOOK ABOUT THE ADVENTURES IN THE HOME FROM HOME !!
2 weeks ago. | Permalink

Fantastic series Janet and a great explanation.
Have a nice sunday
2 weeks ago. | Permalink

Another wonderful series Janet.............and as always a fascinating narrative to accompany them. I particularly enjoyed reading about the TV and Pumpkin. Good job Steve :-)

I love your main image...........the barnacles are amazingly photogenic. Who would have thought? Spot on focus and depth of field.

I enjoyed looking at all the PiPs too............the starfish in particular are gorgeous!

The entire series is full of awesome detail and extraordinary textures and shapes. Beautiful work!
2 weeks ago. | Permalink

These were absolutely fascinating, especially the gooseneck barnicles. What an adventure you are having.
2 weeks ago. | Permalink

More fantastic photos! Incredibly good. And, fortunately, your problem was not as bad as I had thought before reading your interesting (even though rather unfortunate) story.
2 weeks ago. | Permalink

Wonderful detail in superb set of images Janet, they are fascinating creatures.
2 weeks ago. | Permalink

Loved your story, Janet. And the goose neck barnacles are amazing! they look like antique jewellery ... or maybe like creatures from another planet. And why not ... the sea world is, in a sense. a world of its own. I enjoyed all of your pips, as well, so many little treasures at the water edge!
2 weeks ago. | Permalink

Food! Somebody give us FOOD!
2 weeks ago. | Permalink

Oh that's a fine macro of them, great work!
9 days ago. | Permalink