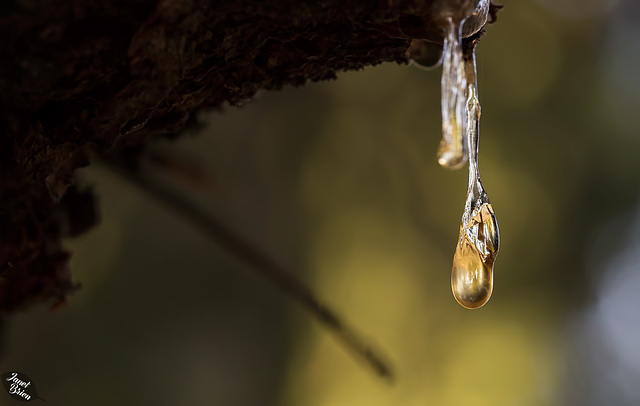 (+6 insets!) (please view large!) For info about the pictures today, please scroll down, down, down to "Today's Pictures".

Trip Talk: Taking Time to Relax on a Trip
Steve and I know all about the problems of trying to pack too much into a trip. Even when we specifically built in extra time for a destination or made sure to do less, we still felt stressed out over the desire to see more. It's made us realize that when we travel, we need to spend a lot more time at each place so we can relax and enjoy ourselves. This tradeoff means we won't see as many places but we'll feel much more satisfied and happy with each destination. It's important to have the freedom to say, "Today we're just going to hang out and do nothing."

So, when we went to Joseph Stewart State Park, we made no plans except to relax and enjoy ourselves however that meant. It helped that we'd been there before and knew what to expect. Neither of us felt compelled to visit all that the park had to offer. We just did whatever we felt like with no agenda.

The Joy of Being In the Moment with my Macro Lens...
It was GREAT! I got to spend all the time I wanted to creep around with my macro lens and just "be." I took my camera out on several outings that were just for me--my very favorite situation! When I can just do whatever I want and have no constraints on my time, I open up and just drift around, exploring without any worries. Sometimes I just stand still, listening and looking around to see what captures my attention. It's one of the ways I find special subjects, but the only way I can do this is if I'm free to let time pass without worry.

Scoping Out Subjects!
One day Steve, Pumpkin, and I went on a wonderful walk (we have a "front-pack" carrier for her that allows her to be outside but still be protected ) and as we strolled along, Pumpkin whistled and carried on happily as she looked around and munched on her food. I kept my eyes open for macro subjects because I planned to return with my camera. I got more and more excited as we found countless mushrooms, interesting leaves, and plenty of other things. After we returned to the trailer I bounced out the door with my camera to retrace our steps. I made sure to take my walkie-talkie with me so Steve and I could stay in contact. Out there our phones had no signal so having those walkies was a great alternative. The range is also very impressive--seems like I can be nearly a mile away and we can still reach each other.

Is She Dead?
I spent about an hour wandering back to all of the things we'd seen, blissfully taking pictures as I went. At one point I was splayed out on the ground in the middle of the path--a common position for me, lol! I was focusing on a group of darling mushrooms when I heard the campground hosts approaching in their atv. The second they saw me I heard the atv slow down as they tried to figure out if the person laying there was alive or not, heh. I knew what they were thinking so I immediately sat up and moved around so they didn't worry. Reassured, I heard the atv speed up again and I crawled over to the side of the path, grinning to myself. We all waved and said hi as they drove by and I couldn't help noticing the look of relief on their faces. About ten minutes later I heard them returning from their little trip and moved off the path again so they could drive by. I wonder how many crazy macro photographers they've encountered as camp hosts? Probably just me I'm guessing, judging by their reaction!

Magic Happens When You're Not Rushed
I continued my macro walk for a while longer until I felt creatively "full". I was about to turn around when I noticed glinting from a large conifer in the distance. It appeared to have many sawed-off lower branches and though I couldn't see from where I was, I wondered if it would be worth taking a closer look. My curiosity about the glimmers I saw got the better of me and I strolled over to investigate.

What was that I was seeing?! Why, there was sap oozing out from every sawed-off branch! All around the tree, the resin formed countless beautiful golden droplets that seemed frozen in place. They were actually dripping very, very slowly, but even warm weather wouldn't make the sap drip fast enough to watch. At least that's my experience. I've seen resin droplets on trees when it's hot and though the sap is more liquid in appearance, it drips too slowly to see.

Taking a closer look, I was totally blown away by the beautiful globules. Though the sun was just about to drop behind the trees, I'd caught the light at exactly the right moment and some of the droplets were glowing in the last beams hitting them.

Working quickly, I evaluated the best droplets to photograph before I lost the sun. Around the tree I creeped, clicking away and hoping that I'd be successful getting at least one crisp picture in each set. As I composed my pictures, I couldn't keep myself from exclaiming, "WOW!!" I've seen plenty of resin droplets over the years but I cannot recall every seeing so much on one tree. The poor tree was probably suffering, with so much of its "blood" flowing out through the cuts all over it. Hopefully the pine beetles don't get to it before it can recover from the damage. In any event, the sap did allow me to take dozens of pictures that show how incredibly lovely the droplets can be.

Today's Pictures
I'm sharing a total of seven resin pictures from my visit to this wonderful tree. It was tough to decide which one to lead with…let me know if you have a favorite!

Pam, I thought I remembered a picture you took of pine sap so I looked it up… wow! Three awesome posts, two of which are super cool collages! I love that you appreciate these natural jewels as I do. This tree would have you yelling and screaming when it got too dark to take pictures! :D I really would have loved to go back the next day to take more pictures but it wasn't in the cards. However, I'm mightily pleased with my results of about 10 minutes of frantically getting pictures before the light left!

Been thinking about you all day…so happy about the news and so is Steve. I have my fingers crossed for improvements in the future! So glad for this win! *BIG HUGS*

Suggested groups:
25 comments - The latest ones

Hey, I'm first for once! With that thought, I'll get in first with a vote for Pip #1. A lovely set of macro images, Janet. Re travel, I'll admit that over the years we've tended to rush from point A to point B - often for family visits. Lately though, we have also tried to stop and take in more of the areas we're passing through.
19 months ago. | Permalink

OH YES I LOVE THE PINESAP CRYSTAL FALLS !
OURA ARE PROFUSE IN THE SEASON AND I OVE THEM.

YOUR PHOTOS ARE EXQUISITE !
19 months ago. | Permalink

Wow, that is a stunning series!
19 months ago. | Permalink

Tree resin and resin drops are fascinating. Love this extraordinary series of pictures!
19 months ago. | Permalink

some of the pips amazing also!
19 months ago. | Permalink

I love your narrative too...............especially thinking about you lying around on the forest floor ;-))) I'm surprised Steve hasn't followed you yet and taken some sneaky photos!

I've never actually seen resin droplets - I've seen it leaking from the bark - but nothing like this. Every day is a school day on IP............especially on your photo-stream.

Remarkable photography and writing as always..!!
19 months ago. | Permalink

OMG Janet - these are absolutely gorgeous. My favourite has to be the first PiP though. Mind you - I did have to study each of them several times just to make sure. I don't think I've noticed these beauties before, which is strange, considering how many pine trees we have here, I've even got a few in my garden!!!! Yes I found out that by staying longer in a place, gives you so much more time to really look around, instead of having to rush. I'm really in awe of your amazing pictures.

Oh and a very happy Thanksgiving to you and Steve.
19 months ago. | Permalink

Outstanding Janet -I just got a new macro lens myself so I'm in the same frame of mind
19 months ago. | Permalink

You manage to keep on surprising with those PiPs =)
18 months ago. | Permalink