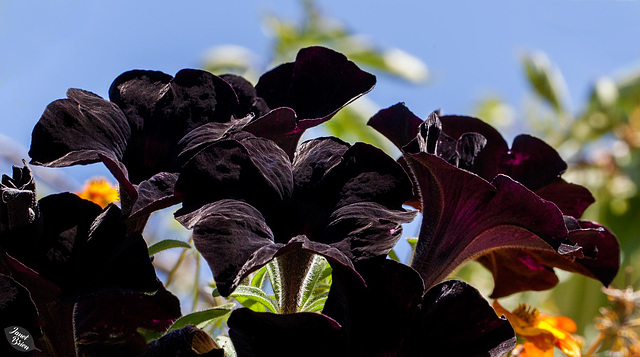 (+10 insets!) (Please scroll down to "Today's Pictures" for image information)

Trip Talk: Upgrading From a Bumper Pull to a Fifth Wheel Trailer...or is that a Gooseneck Trailer?
Our Grey Wolf is what's called a "bumper-pull" trailer. They aren't ideal in a towing sense because a truck cannot utilize its full power. Also, maneuvering is much trickier and they are not as stable. However, they are the usual type of trailer people start out with because most trucks have a bumper hitch and if they don't, installation isn't a big deal.

Our new trailer is the higher-quality version called as a fifth-wheel. It gets the name because of the type of hitch it has. There's another type of hitch called a gooseneck but those are more commonly found on livestock and commercial trailers. Finally, there are hybrid hitches which are a blend of the two.

TERMINOLOGY: bumper-pull, fifth-wheel and gooseneck (because you know you're curious!)
Bumper-pull (also known as a "drag-along"): a trailer that connects to a towing vehicle usually by a square, sliding receiver located below a truck's rear bumper.
Fifth-wheel: The term comes from a similar coupling used on four-wheel, horse-drawn carriages and wagons. A more-detailed answer, including a diagram is found on this page: Why is it Called a Fifth Wheel?
Gooseneck: arched like a goose's neck and swiveled to the motor unit.

Wait. Aren't fifth-wheels and goosenecks the same thing? That's what I thought, but there's a big difference. The trailers themselves are the same--it's the connection to the truck that's different. Trailers with a fifth-wheel hitch slide forward into a heavy-duty, jaw-like coupler seated on the bed of the truck. Trailers with a gooseneck hitch connect by lowering onto a ball socket coupler. Each type works extremely well, though goosenecks are reputed to be slightly better. To see pictures and read more detailed explanations, this article is perfect! Goosenecks vs. Fifth-Wheel Hitch

Since our truck is only set up for a bumper pull trailer, we need to add a hitch that will accommodate a fifth-wheel trailer. That meant a lot of research to understand the difference between each hitch type and ultimately, which was the safest and most reliable. In the end, Steve learned that hybrid hitches have the best aspects of fifth wheel and gooseneck hitches without the negatives, so right now he's outside beginning the install of our new SuperLite Pullrite hitch. When we get down to our RV dealer to pick up our new trailer, it will only take about half an hour to upgrade the trailer's hitch to work with the Pullrite. Then we'll have a marvelous hitch that is capable, quiet and safe!

We were staggering around Butchart Gardens when I happened to look up at one of the countless hanging planters that resembled a burst of fourth-of-July fireworks. I stopped in my tracks and exclaimed, "STEVE, LOOK! BLACK PETUNIAS!!" I gazed in disbelief. I've seen "black" flowers before. They're dark purple. These flowers were a rich, velvety black and only where the sun shone through the petals could you see a hint of their deep purple origins. Absolutely phenomenal. Steve and I took pictures with reverence and attracted a small crowd when each person saw what we were so excited about. I don't know about you, but I've never seen a truly black flower like this before! Incredible!

Inset 1: a gorgeous ring of deep pink blossoms ring a lacecap Hydrangea. At the top you can see the tiny fertile flowers--the larger blossoms are actually infertile. In fact, the petals are sepals--the tiny buttons in the center are the flowers! I didn't know that this kind of hydrangea doesn't become a ball of flowers. Those are called "mophead" or French Hydrangeas.

Inset 2: a macro of the jaw-dropping Stargazer Oriental Lily, showing the beautiful burnt-orange anthers which are brimming with pollen for visiting insects to carry away to other flowers. Did you know that the pollen can cause very hard-to-remove stains?! I had no idea!

Inset 3: here is an entire group of Stargazer Lilies that we saw at a glassed-in garden. There were several large observation openings for eager photographers which we thought was really cool. It was no surprise there was a line of people taking turns to stare at and take pictures of the lavishly planted conservatory!

Inset 4: These remind me of tiny purple Brussels Sprouts! I don't know what they are, but you cannot deny this is a pretty sight as it arced over many more behind it! :)

Inset 5: a spike of lovely deep ruby-pink flowers overlooks many dozens behind it!

Inset 6: I nearly passed by these clusters of white flowers before I stopped and took a closer look. WOW! Aren't they sensational? I thought they might be a kind of "Pussy-Toes" but no, these white beauties are called Ageratum and come in lots of different colors!

Inset 7: this magnificent ruby-centered golden hibiscus was on a bush that was totally covered with flowers. All around it were dozens of planters, each with its own ridiculously profuse display of hibiscus!

Inset 8: an elegant pink and purple fuchsia with a background dotted with purple-flowered bokeh!

Inset 9: I ask you: have you ever seen such an incredible planting of flowers and ornate foliage in your life? Try counting all of the species…I found 22 types of flowers and foliage plants. Outrageous!

Inset 10: finally, this is a pristine lawn found in the Sunken Garden. I'm glad it's off-limits to people so that we can see these amazing swaths of color without anyone in the way. Here you can see what I was talking about when I mentioned the huge carpets of flowers…it's all just mind-boggling!

Pam, I know that you have a gorgeous collection of bearded iris but I don't remember if any of them are a "black" variety. I've tried to grow various species of black flowers before but every time I'm disappointed because the flowers are just a dark purple at best. Still, they're gorgeous and I was very happy to have them! I hope all is well with you, it's just starting to rain…a big storm has finally rolled in as forecast, and it's going to be here for several days! We're hoping that things dry out a bit by the time we drive down to pick up our RV! (It's hot and dry in LA…as usual!) Many *BIG HUGS* from southern Oregon!

Did you ever consider buying something with its own engine and integral cab? Or don't they fit your requirements? Occasionally see that type over here in the UK towing a small car for use on arrival at destination.
2 years ago. Edited 2 years ago. | Permalink

THE FLOWERS ARE EXQUISITE .
2 years ago. | Permalink

how on earth did you get all that detail in the black petals! the yellow in the background adds just enough bright to make this photo really work.

i love that garden - always a delight to be there.
2 years ago. | Permalink

I see you're upgrading, not only technically, but also your knowledge. :)
What else can be said about this picture series than that each of the pictures
is a feast for the eyes again! Simply beautiful, Janet!
2 years ago. | Permalink

Dear JAnet: you were in a paradise fpr photographers and you catch a magnifient flower serie with fantastic colours and extrasharp shots. Congrats¡¡¡
2 years ago. | Permalink

I'm completely blown away by this latest posting Janet..............particularly the main image which is simply phenomenal. I've never seen flowers like them before!

I love all the PiPs. The 2nd PiP is magnificent...........the detail and sharpness of those anthers is unbelievably good. I'm going to single out PiPs 5 and 8 for the wonderful background bokeh - your forté, of course - and PiP 9.........well, words fail me, although splendiferous would be a good start.,.!!

A fascinating read as well................who knew RV trailers could be so confusing! It's good to see you've done your research though, and Steve obviously knows what he's doing as well..!!

One flower picture is more beautiful than the other! And the black petunias are sensational, I have never seen them before!
2 years ago. | Permalink

Wonderful flowers and certainly very close to being black, something that plant breeders have tried to get for a long time
2 years ago. | Permalink

OMG what glorious pictures of these amazing flowers. One of my favourite flowers are lilies, especially the Stargazer lilies. White is my preferred colour, probably because they've got the most amazing scent. The pink ones (like yours) are so beautiful. As for those black petunias, they are absolutely gorgeous and although I've had very deep purple ones before, I've never seen black ones. I have had ageratum flowers before, but mine were blue.

I think you spent wonderful hours in this place - I'd have loved to have been there too. Thank you so much for sharing these amazing gardens with us.
2 years ago. | Permalink

All of your photos have such perfect composition, focus, light and color. You are so talented.
2 years ago. | Permalink

what a beautiful variety,unusual colour, Janet, and so well spotted !
rich series as always !
2 years ago. | Permalink

You've excelled yourself with these black flowers, Janet. A marvellous set of accompanying images too, with the last two showing what an amazing place those gardens are - and your visit clearly coincided well with peak flowering. Interesting to learn a little more about trailer hitches too. Have a great weekend.
2 years ago. | Permalink

Oh my goodness Janet - these flowers are just gorgeous, - rich, dark, velvety and a treat for the eyes. The PiPs are also a delight to see with such a wonderful array of beautiful colours. A fabulous series and I am impressed by how much you have discovered about trailers!! Have a lovely weekend
2 years ago. | Permalink

I have never seen black petunias before. I had black pansies once for a while. That wall of flowers is certainly a treat for the eyes. Gorgeous garden beauties all!
2 years ago. | Permalink

Wow! What a series of images!! Those black petunias are most unusual and eye catching! The place you visited looks like Longwood Gardens!
2 years ago. | Permalink