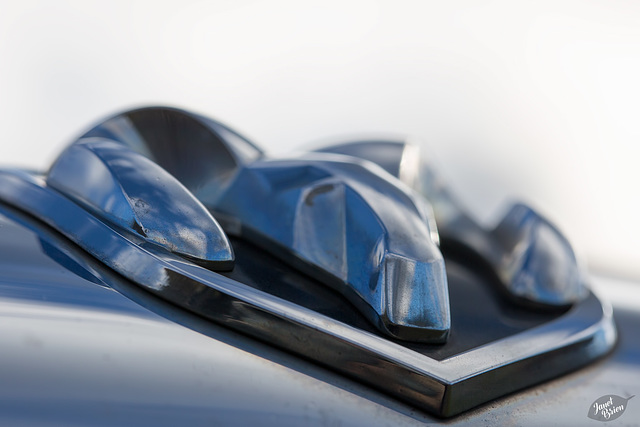 (+14 insets!) (my apologies, I misunderstood the concept so I did the project twice!)

I woke up to another very light dusting of snow which melted quickly as the sun rose over the hills. It's been very cold today but bright and sunny. What a nice change from the dreary grey days we've been having lately!

In case you didn't notice, it's Macro Monday! This week's theme is "Advertising" and today I learned the lesson, "Understand the specific rules of a challenge." As in…I didn't. The rules state, "Advertising challenge: a branded product known in your country, so close that you hardly recognize it anymore. But if possible in such a way that you can guess it." I totally misunderstood. I thought the idea was to take a picture of advertising at a macro level.

With this in mind I got a bunch of pictures of advertising around the house. Then, for an interesting twist, I found some ads online which I then took pictures of so they would be macros. I was happy with what I came up with but something told me to look at the rules again. Which I did at 3pm on Monday. Oops.

Once I realized I misunderstood the directive I grabbed my camera and tried again. We're not supposed to say what the subject is so you'll just have to try to figure it out! I took pictures of three very well-known company logos, and a fourth one worked from my photo shoot yesterday. I'm also including all of my misunderstood pictures so you can see what I came up with originally! I hope you can stand all of the insets! :D

Pam, what did you do for your career? I am a graphic designer so the subject of "advertising" is burned into me. I hope you had a career that made you feel satisfied. Doing graphic design is really fun for me but only when I can stand behind what I'm involved in. Thankfully I have only worked for companies that essentially make people happy, which is a driving force in my life. Sending *BIG HUGGGGS* from southern Oregon!

Pam J club
IDID MY APPRENTISHIP AS A DENTAL TECHNICIAN... WENT ON TO MAKE GOLD AND SILVER JEWELRY (WHICH I DESIGNED) JEWELLERY.... DID MANY OTHER JOBS... ENDED UP AS A GARDENER /HANDYPERSON... APART FROM THE GOLDSMITHING THE GARDENING WAS THE ONLY THING I LOVED TOTALLY. I ALSO FOR SOME YEARS HAVE WORKED IN GRAPHICS.. AND THAT GIVES ME A HIGH DEGREE OF SATISFACTION. DESIGN AND CRAFTWORK IS IN MY BLOOD.
20 months ago. | Permalink

Sami Serola club
That is an excellent and clever point of view! =D

J. Gafarot club
It is a super challenge to compare them all !!!
20 months ago. | Permalink

Gudrun club
Wow, what a series! All of them are smashing!
20 months ago. | Permalink

Annemarie club
each insert is a beautiful image
Thanks Janet.
20 months ago. | Permalink

Percy Schramm club
Wow, really wonderful creations, Janet. Like them all. Fantastic ideas for the weekly theme !!!
20 months ago. | Permalink

klaus 040 club
Sami had led me on the right track:
Damn Old Dirty Gas Eater
So I memorized this sign. Very well photographed, Janet!
20 months ago. Edited 20 months ago. | Permalink

Jenny McIntyre club
These are incredible photos Janet - they are all beautiful. That main picture looks like it's a logo from a car - is it?

I trained as a Hydrographic/Cartographical Draughtsman and worked for the Ministry of Defense in London. That was in the late 60's and then after I had stopped working to have my children, I started working as a secretary to Chartered Surveyors. I stopped working about 20 years ago as I was medically retired - but that's another story. I was fascinated to hear that you are a Graphic Designer - with your eye for beauty and attention to detail, I'm not in the least surprised.
20 months ago. | Permalink

tiabunna club
Those are an impressive set of PiPs, Janet. I'll take a guess that the main image is a car bonnet badge, but I shan't try to guess which! :-)
20 months ago. | Permalink

Sami Serola club
I finally had a chance to look all PiPs, and that is indeed a great series!
20 months ago. | Permalink

Susanne Hoy club
What a great series. I like all of them. The main picture is my favourite.
20 months ago. | Permalink

Wierd Folkersma club
a lot of great pictures, a pleasure to look at
20 months ago. | Permalink

Valfal club
You snapped a wonderful series of photos, Janet! I really like how you captured that Dodge Ram logo!
20 months ago. | Permalink