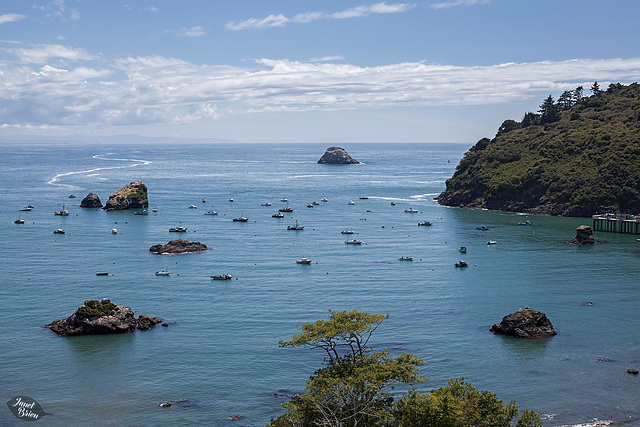 "Peep!" said the fluffy little alarm clock. My eyes slowly opened. It was pitch black. I closed my eyes and pretended I didn't hear anything.

The feathery timekeeper would not be ignored. Twenty seconds later: "Cheep!" I groaned inwardly and reached an arm out to grab my clock on the nightstand, flailing about until my fingers touched the familiar rectangular shape. Holding it up to my face I pressed the illumination button and was horrified at what I saw. "Oh brother…it's only 6:30am, Pumpkin…" I fumbled the clock back in place and pulled the covers over my head.

"Peep-peep!" Pumpkin knew I had stirred and would not be denied. I peeped a contact call back at her in desperation, begging for just a few more minutes of sleep. "Burble-burble-burble!" she chortled softly in the gloom.

I whimpered, "Pumpkin, it's too early sweetheart…let Mama Bird sleep for just a few more minutes."

Instead of settling down after my quiet cooing, she turned it up a notch. "PEEP-PEEP!" she answered with enthusiasm. Woah is me. I sighed deeply. Poor, tired Mama Bird. "Cheep?" said the timekeeper insistently.

Laying there in the dark, it suddenly occurred to me…I could cuddle with her for a few moments before I got up, wouldn't that be nice? So I got out of bed and lifted the towel from the front of her cage and opened the door. Though it was almost completely dark, I could see that Pumpkin was cuddled down in her Happy Hut, a tiny triangular-pup-tent hanging from the top of her cage. She burbled a joyful "cheebie-cheebie-cheebie-cheebie" at me and stepped out onto my offered finger. I climbed back into bed, laid on my side and made a little cave for her to climb into. Pumpkin crawled right in and chortled with delight. Oh my! Such a happy little girl she was! I could feel her moving around under the covers next to my body and she whistled a nonstop stream of cheerful notes. I couldn't help but giggle at her enthusiasm. What a cutie pie. My fingers found her fluffy little body and I itched the spot between her shoulder blades. Pumpkin fairly purred and I beamed joyfully. What a nice way to wake up, even if it was too darned early! :)

After ten minutes of cuddling, we got up and went into the bathroom. As usual, Pumpkin supervised my routine from her perch in the shower with lots of delighted whistling and chortles. When I was about to step out of the shower, I thought Pumpkin might like some water to drink. I raised an arm and let the water trickle down to my fingers which I then offered to Pumpkin. She touched the droplets with her beak and drank the water with the cutest little whistling sounds. When she'd had enough she fluffed up all of her feathers and then shook her whole body with a blissful twitter. Covering her with kisses as we stepped out, I thought to myself, "How lucky we are to have this darling little bird! What a DOLL!" :)

Today's picture is for Happy Fence Friday! It was taken when Steve and I went on a 5-day motorcycle trip a couple of years ago with a photographer friend of ours. We made a loop from our home to the coast of Oregon, far south into California, then to eastern California, dipping a toe into Nevada and then back again, and finally north and back to our home in southern Oregon. About 100 miles south of Oregon on the first day of our trip, our friend Andy led us to the charming little town of Trinidad. I had never heard of this place but it's now on my list of most beautiful coastal towns in California! When I was looking through my pictures, I found this one of Trinidad Bay, which also has a fence in it! HFF, HUZZAH! I have also included a picture of the lighthouse which I thought was really neat. :)

Pam, I hope that things are going well for you today. It's rainy and cold here but I hope you're warm and snuggly in your home right now! I'm thinking of you, wishing I could give you a cup of hot chocolate! Virtual *hugssssssssss* are on their way! :)

, trester88, Chris10, Martine and 43 other people have particularly liked this photo

A lovely coastal scene and interesting reading, Janet. I'll show my lack of geographical knowledge by admitting I rather thought from the photo title that you'd made an overseas visit. :-) HFF and have a great weekend.
3 years ago. Edited 3 years ago. | Permalink

Beautiful nautical shot and PIP! And yes, I live about 3/4 of a mile from a dump that I consider my outdoor studio.

What a great landscape with the boats and rocks dotted around the bay! I especially like the lighthouse in the inset photo! Belated HFF and a good weekend, Janet!
3 years ago. | Permalink

A very beautiful meditative view, Janet ! Wish you a very nice day ahead !
3 years ago. | Permalink

Lovely coastal scene; like the PiP too.
3 years ago. | Permalink

HFF Janet, what a beautiful place. Missed that only be a few miles during my years in California :-/
3 years ago. Edited 3 years ago. | Permalink

WOW, such a marvelous place, Janet ! Wish you a nice week-end !!
3 years ago. Translate | Permalink

WOW!! What a fabulous bay shot!
HFF to you too, Janet!
3 years ago. Edited 3 years ago. | Permalink

Do you think those fences should count? LOL Back at you my friend, HFF!
3 years ago. | Permalink

A fine scene and another interesting days story from you here Janet. Well done my friend.

Belated HFF, enjoy the rest of the weekend, Herb
3 years ago. | Permalink

A beautiful bay and a capture to match Janet
I do like you composition and the beautiful Californian light plus just enough cloud to make the sky interesting a really lovely image.
3 years ago. | Permalink

Yes, I remarked the fence! But it rather looks like the pillars of a pier ;-)
HFF anyway :)
3 years ago. Edited 3 years ago. | Permalink

WOW! A fantastic seascape worthy of a very large print to hang on your wall. Outstanding. I agree: must be viewed large for full impact.
3 years ago. | Permalink

The lighthouse is tops for Pamy ... and your Daily Journal - so enveloping as usual.
3 years ago. | Permalink

Beautifully composed with the foliage in the foreground and some lovely little islands surrounded by tiny boats. I really like the blue tones of the sky and sea. The fence is a bonus..!!

What beautiful blues! Such a relaxing scene and makes me long for summer again! I agree with Keith....a beautiful location and PiP's!!!
3 years ago. | Permalink