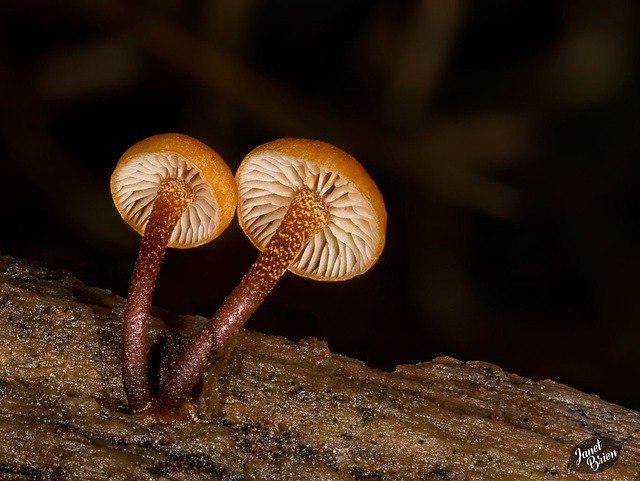 Today while I was on my daily walk, Steve stepped out in his fluffy blue robe and thick warm slippers to say good morning--he usually gets up an hour later because he's got the "sleeping in" thing down to a luxuriant science! Huzzah!

At a chilly 31 degrees, no way was he stepping off the porch so I marched over to greet him with a hug and kiss.

"ACK!!!" He yelled, reeling back from my affectionate peck. "Your lips are frozen, woman!" I couldn't stop laughing as I gave him a hug. He pulled me tight in an affectionate embrace and then shrieked, "OH MY GOD, you're an ICEBERG!" He rubbed my back bravely but quickly stepped away with a shudder, staring with abject horror. Receding towards the door with a slightly terrified expression on his face, he left me with, "I'm going back into the house where it's warm!" My maniacal giggling followed him as he shut the door. Gee whiz, I've repulsed my own husband! :D

And now, let us all bow our heads and take this moment of silence to remember Triangle Man.

The other day I posted an image of two lovely mushrooms that I discovered on my way up to our ridgeline trail. At the time I noticed a couple of smaller ones erupting from the earth nearby. In the following days I kept an eye on them but apparently something else was too. In fact, the day after I'd photographed the pair of mushrooms I found one of them laying upside-down nearby and the other one was just plain gone! A few days later, one of the mushrooms I'd been keeping track of disappeared. That left Triangle Man. Oddly shaped with a perfect, rounded-triangle cap, I watched this mushroom slowly force its way up from the soil and grow in size. Yesterday I saw him and burst into song!

I thought about taking pictures of Triangle Man but decided against it. The grass was very long in that area and to prep for a picture would have taken too long to be bothered. I decided that instead I would appreciate this fun-looking fungus every day as I walked up and down the driveway. At last he was rising up off the ground and I thought that maybe I would take his picture after all. What's 20 minutes of prepping? Triangle Man was worth it! I planned to take his picture that day but it began to rain and didn't stop all day.

This morning Triangle Man was gone. I looked around to see if he might be hiding under a leaf but he was nowhere to be found. Poor Triangle Man. Rudely plucked from the earth and wolfed down by a denizen of the night. His chance at an immortal photograph was dashed. Oh, the cruel, cruel world! We loved you Triangle Man!

Since I can't show a picture of Triangle Man, I thought it would be appropriate to share another mushroom picture. This photogenic pair was found a few days ago when I took a walk along the ridgeline trail that runs from our property about a mile away where it peters out. It's a mecca for plants and animals, ever-brimming with photo opportunities. These two were spotted on an Oak stick that fell to the forest floor and was partially covered with leaves. Only when I kneeled down to peer carefully at ground-level did I spot these extremely tiny mushrooms. They are only about ¼" in height! What an awesome find!

Pam, I invite you to listen to the song, "Particle Man," which is sure to put a beaming smile on your face while you think about the mushrooms you've seen in your wanderings that are gone the next time you come around. We were so lucky to see them! I'm looking out the window now and thinking of you as I watch the mist drift slowly past the Upper Table Rock. Beautiful...just like you.

Suggested groups:
49 comments - The latest ones

Jenny McIntyre club
I can hardly believe that these amazing things are only 1/4" high, you've made them look so big, and so detailed.

Oh dear - poor Triangle Man - see you must take advantage of being there for these wonderful moments, you saw it, but we have only your talking about him!! I'm like you, if I go out, I've always got my camera with me, I would be so miffed with myself if I missed a chance.
22 months ago. | Permalink

micritter club
Exceptional macro. Superb definition, perfect depth of field, perfect lighting, excellent composition, and, what counts most in my view, so utterly beautiful. I'll come back to read the story later.
22 months ago. | Permalink

it would be great to have this pair in my group 'naturey crap - crappy nature' (i think more appropriate than my other group, 'plants vs structures', which is geared more towards plants with man made structures - though if you still want it there, please re-submit, i'm not strict!)
22 months ago. | Permalink

polytropos club
To me it reminds on a jellyfish, or maybe a pair of parachutes. But for parachutes it would be a dangerous action, such close together! ;-)
Excellently taken macro! Only 1/4" in height! That means 6.35 millimeters, they are really cute.
22 months ago. | Permalink

Dave Hilditch
Great shot, Janet and I love your story about triangle man though I've never heard of a singing mushroom (maybe I've led a sheltered life). BTW It seems that Steve and I share a love of warmth and hatred of cold!
22 months ago. | Permalink

Zulma club
I thought so, about their height!!! two little friends exploring...they have to be pod sisters. I love the way they look down as if some interesting creature was creeping up. The shine on the stem makes it so alive, as if we were watching it move forward and down. Have a great WE Janet. Hugs.
22 months ago. | Permalink

Keith Burton club
Wow! These two tiny beauties fairly glow in the light as they pose nicely for you. I really like the way you've had them tilt their hats so you can capture the magical details of their gills!

RHH club
That is exquisite, Janet. Every detail and color shows perfectly. My wife loves mushrooms and stops to photograph them all. We were hiking with friends and they were actually covering them with leaves ahead along the trail so she wouldn't see them. Your leaf photo is wonderful, too.
Been very busy cooking ahead for the gang that's coming end of next week. We figure 27 here, many of them for two weeks, but all family, so easy to please. Just finished a batch of sweet and sour chicken and a batch of chile verde pork.
22 months ago. | Permalink

Roger (Grisly) club
Beautiful specimens expertly capture Janet, the detail and colour is perfect,
love you narrative by the way
22 months ago. | Permalink

tiabunna club
A marvellous macro, Janet. I'm interested in your lighting, would I be right to think that you have your macro fitted with a ring flash?
22 months ago. | Permalink

L. L. Wall club
... every time I click on your gallery, I hold my breath to find what wonder you have innovatively or artistically (usually both !!) captured and posted ... and again I am not disappointed ----> What a wonderful photograph: a point-of-view from below two minuscule mushrooms !! Such focus and detail and hues !!
I guess I can exhale now, even though I'm not sure I want to.
22 months ago. | Permalink

Rosalyn Hilborne club
Oh how pretty Janet! Like a page from a fairy tale book!
22 months ago. | Permalink

Jean club
Such a pretty pair.
22 months ago. Translate | Permalink