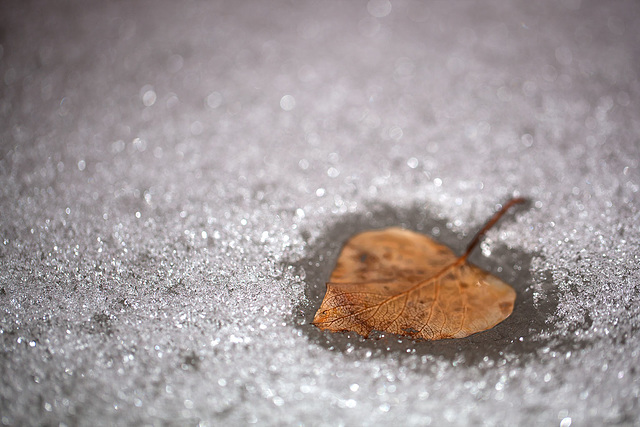 Steve and I went to Medford today to do our weekly shopping, but we had so much to do that I decided not to bring my camera, and instead waited until I got home to go out and find my Picture of the Day.

It's been such a dry autumn that our seasonal pond has only a tiny bit of water in it, but there was plenty for a pretty image, so I took Zoe and Moosie with me (not a chance, Molly the Muck Monster!) and since it was almost dark, I made a beeline for our miniscule pond.

It's been warming up and most of the snow has melted. The frozen pond is largely thawed out, but still has a rind of ice a layer of snow and a coating of frost. Just what I was hoping for! On the surface were lots of leaves, and with the combination of melting snow and sparkly frost, it was lots of fun getting a nice selection of images. However, when I got back to the house and looked them over, my very favorite one is this one, which was the very first image I captured! :)

Pierre Bonnard (3 October 1867 – 23 January 1947) was a French painter and printmaker, as well as a founding member of Les Nabis.Wikipedia: Pierre Bonnard

Ramon Hierro, , , and 21 other people have particularly liked this photo

A lovely picture and I especially love the way the leaf is warming the ice so it's slowly melting around it.
8 years ago. | Permalink

Good catch! I often try to find scenes like this. Inspiring!
8 years ago. | Permalink