338/365: "Patience and tenacity are worth more than twice their weight of cleverness." ~ Thomas Huxley 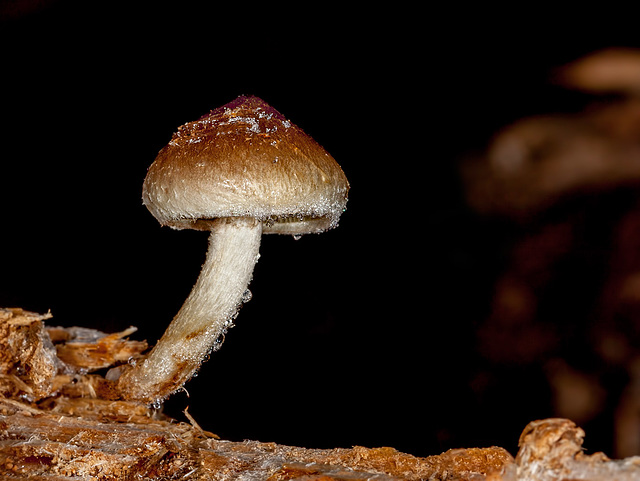 This morning Steve and I got up before dawn so to make it in time for our early eye exams and I think all of you would have snickered at how well I portrayed a zombie! :D We were out of the house by 7am and could not BELIEVE how cold it was--20.5°F degrees!!! And even though Steve had the car warming up for 5 minutes before we left, we needed to scrape the frost off the windows because it wasn't melting! :D

I looked mournfully at the beautiful frosty morning as we drove along and wished I could be out there taking pictures...of the two huge flocks of Canada Geese in the frozen fields...the light shining through everything and sparkling beautifully, the misty hillsides...it was so lovely. But who was I kidding? I really just wanted to go back to bed! :D

Though I hoped I wouldn't have to, my eyes were dilated for the exam, which meant I wouldn't be taking pictures until after the medicine wore off. Forlorn, I bid my hopes for frosty pictures goodbye, but I wasn't too sad because there would be plenty of opportunities in the coming weeks for more frosty goodness!

After I got home, I had to wait until 1:30 pm before my pupils shrunk from eerie basketball-size back to normal, and since it was beautiful outside, I told the dogs were were headed for the ridge, and all of us exploded out into the beautiful cold day to seek adventure and good times! :D

The ground was hard and crunchy here and there and though it wasn't frosty, it was still very cold at about 38°F degrees. I wondered if I might find some frost after all. Making my way carefully up the steep trail to the top, I avoided the smooth and slippery path which was slick and muddy. I'd done my share of sliding on that mud in the past, and was very careful to pick my way up cautiously with my camera and macro flash.

We headed to the far end of the ridge line, all of us exuberant and happy, and along the way I found a couple of beautiful "caught" leaves glowing in the afternoon light and I also found a manzanita trunk that had twists in it that reminded me of a straight candy cane!

As we neared the far end, I slowed to a stop in front of "Snakey's Log", because for some reason, it often has something wonderful for me to photograph under it! Moosey gave the log a sniff and I told him, "Move along, Mister, this is my log!" :D Lifting it up, I found a surprise! It was a very large, red centipede, curled up and beautiful. I managed to get many wonderful pictures before it slowly disappeared into a hole, but I won't be sharing those today. For fun, I gleefully showed Steve when he got home and chortled mirthfully when he looked and yelled, "EWWWWWWWWW, GROSS!!!" *cackle* Big baby. :D I recognize that my fascination with creepy crawlies is not shared by a lot of people so when I do share some of my "icky bugs", I'll save it for a day when I can warn you and let you decide if you want to see my pictures! :D

However, Snakey's Log had ANOTHER prize for me...a large group of mushrooms growing on it and peering up from around the sides! SO COOL!! I got many pictures, and no, not sharing them tonight either, but maybe in the next couple of days.

And yet...a third prize, which I AM sharing...and it's picture #2 tonight: another shining amber droplet with a sea of melting frost bokeh behind it! How wonderful to get another nice picture of these mysterious little droplets!

After replacing the log and beginning our return walk, I stopped at a pile of logs to check them out for mushrooms....DOUBLE PAY-DIRT!!! Not only were there mushrooms, but they were covered with frost!!!! Hooray for patience and tenacity!!! I thought I might get lucky but I wasn't sure. Here then, is my Picture of the Day. A beautiful, frosty mushroom, who waited in darkness for me to upend its log so I could find it wearing nature's finest jewelry! :)

Ramon Hierro, , TKJ1966, Goia and 28 other people have particularly liked this photo

20.5°F is not cold! =D That is actually better than temperature around freezing point, when the roads are slippery.
8 years ago. | Permalink

Half that frost is too cold for me! Your enthusiasm was rewarded with some great shots, like this one above!
8 years ago. | Permalink

Beautiful little shroom and glad all that is over and done with. I do very well at being a zombie unless it is my choice to go and take photo's ;)
8 years ago. | Permalink

What a beauty again! The Texture is wonderful! And it´s so well photographed. It must be loved!
8 years ago. | Permalink

This is a wonderful looking mushroom. Another hairy one too. The sparkling frost is fantastic. I have often had those eye tests and it's strange isn't it when your eyes go all big and dilated? I've got a pleated retina in my right eye and it's why I am unable to use a viewfinder on my other camera. I also can't focus properly without relying on the "beep" of the camera to tell me it's focused. So when I look at my photos, I am just hoping that I've managed to capture some good shots.
8 years ago. | Permalink

I hope the results of your eye exam are favourable Janet.............been through all that myself in the past and it's not particularly pleasant - even though you know it's necessary!

..................and luckily for us it didn't stop you getting out later in the day and taking photographs! This is great macro work...............composition, detail and colour are all perfect and your lighting is spot-on! I especially like the hint of frost on the cap and the water droplets on the stem :)
8 years ago. | Permalink

Seen and Appreciated in Ipernity Frontpage.
8 years ago. | Permalink

Love this mushroom photo. Composition is awesome.
8 years ago. | Permalink