← Album: The Flowers of Spring & Summer! 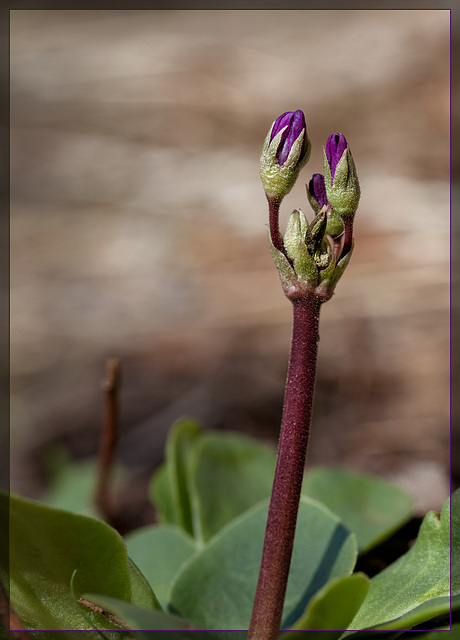 (Thanks to Donald Tedrow for identifying this flower!)

There is a steep path that goes up to the top of our ridge and a few days ago I climbed up there with the dogs to go on a walk along the ridge line. As I made my way up, I took a look at the progress of the plants that were popping out of the ground. To my delight, I saw that some were sending up flower stalks! And then I found one which was developed enough to see its color...PURPLE!!! As it was late in the day, I decided to wait until the next morning to see about taking pictures. The next day I was on my way up the hill again when I nearly stepped on a buttercup, which I showed yesterday! How exciting to see such an explosion of growth everywhere, and it's only just begun! Here, then, is the fifth flower of spring, and I don't even know what it will look like when it's open! It's like Christmas in March, only I have to wait for my present to open itself! :D

This image was taken in Mzrch, 2012.
Suggested groups:
Comments