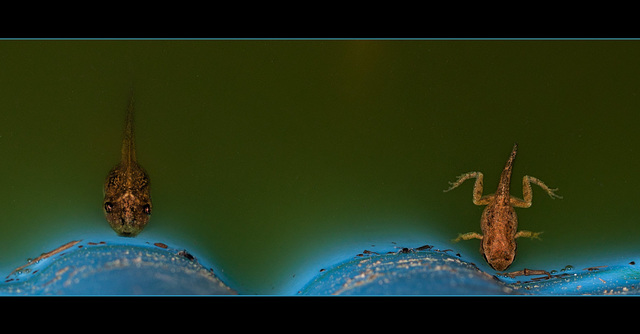 I was really happy when I found these two cutie-pies side by side at the edge of the pool, because you can really see the differences in their appearance between tadpole and froglet! It's kind of hard to believe that the tadpole will look like that froglet, and equally hard to imagine that the froglet once looked like the tadpole!! They change so quickly, it's really an amazing transformation!!

Here are some fun froggy facts!

Frogs don’t drink water! They absorb it through their skin!

Frog bones form a ring when the frog is hibernating, just like trees do! Although it's morbid to think about, these rings can be counted to find out how old it was when it died.