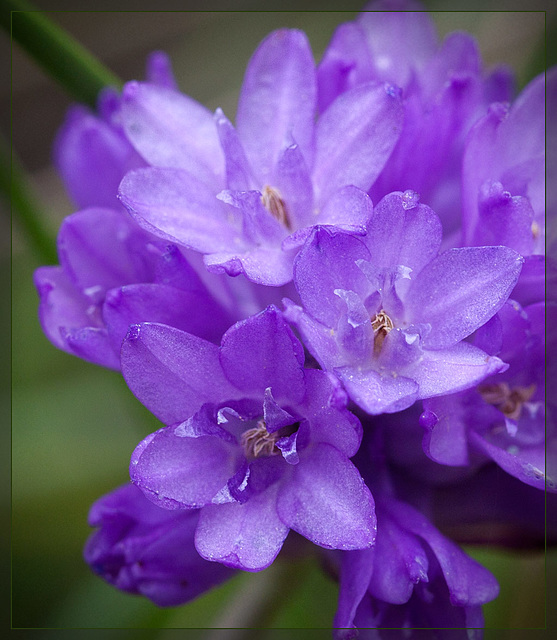 This flower is almost identical to another one I posted a month earlier, called the Common Brodiaea. They grow in the same places, but they grow at different times of the year. The Common Brodiaea blooms in early spring, whereas the Ookow grows in late spring and early summer. I always wondered why this flower had such a long growing season! :D Now I know that it's actually two species! :D

The lovely Fork-toothed Ookow pops up all over our property, both in the wooded areas and in our meadows too. It's a common perennial flower, which can be different shades of purple and blue-purple, is found in the western United States and northern Mexico. This flower's bulb, or corm, was an important food source for Native Americans. Sometimes eaten raw, they were usually roasted or boiled for a sweeter flavor. Tribes were careful not to harvest too many and would separate corms they dug up, leaving at least one behind so more would grow the next year. They also planted seeds, which grow easily but because it's a perennial, will not flower for several years. An interesting fact: burned areas seems to cause these plants to burst into life afterwards and are sometimes the first plants to show up in a fire-ravaged area!

If you would like to know more about this flower, Wiki has a small source here:
Fork-toothed Ookow (Dichelostemma congestum)
Suggested groups:
Comments