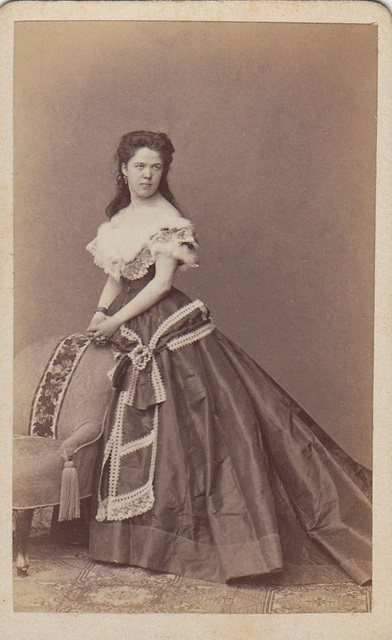 Her first appearances were as a concert singer in Vienna. In 1864 she made her debut on stage in Linz as Nancy in Von Flotow's "Martha". In the season 1864/65 she was engaged at the "Theater von Graz". In 1865/66 she made very successful appearances at Hannover, Nürnberg, Darmstadt and Graz. From 1866/68 she was engaged at the "Stuttgarter Hofoper". Only with great difficulty and after having paid a high penalty of 5000 Florins she could terminate this contract and join the "Wiener Hofoper" in 1868. Here in Vienna she debuted as Marguerite in Gounod's "Faust" and until the year of her retirement in 1885 she had a brilliant career. Highlights in her stage repertoire included roles such as Cherubino and the Countess in "Le nozze di Figaro", Pamina in "Die Zauberflöte", Agathe in "Der Freischütz", Orsini in "Lucrezia Borgia", Leonore in "La Favorita" and Rachel in "La Juive".
Suggested groups:
Comments