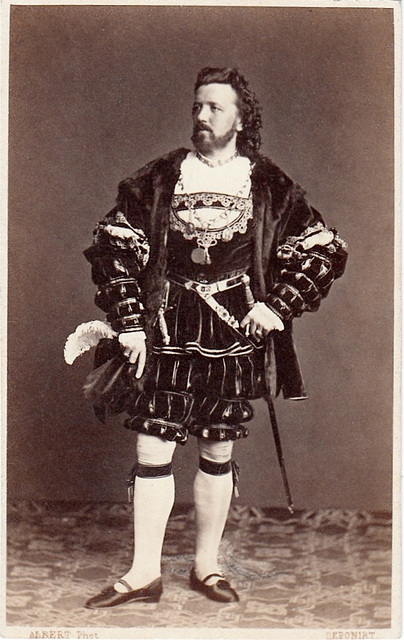 Franz Nachbaur (1830-1902); German tenor.
He created the role of Walther von Stolzing at the première of Wagner’s “Die Meistersinger von Nürnberg” (1868) and the role of Froh in Wagner’s “Das Rheingold”(1869). He studied with the famous Francesco Lamperti in Milan and in 1857 he made his debut in Passau. In the years 1858/67 he was engaged at Meiningen, Hannover, Prague, Darmstadt and made guest appareances at Munich and Berlin. In 1868 he was engaged by the “Münchner Hofoper” where he remained “ first tenor” for a period of 22 years. In 1890 he gave his last performance in Munich as Chapelou in Adam’s “Der Postillon von Lonjumeau”.

On the photo he is seen as Walther von Stolzing in Wagner's "Die Meistersinger von Nürnberg".