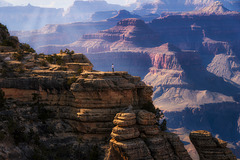 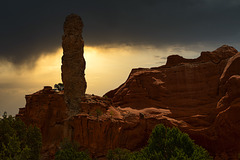 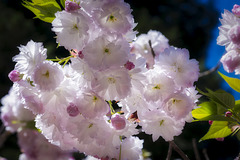 I captured this image several years ago in March. The tree is in my back yard. 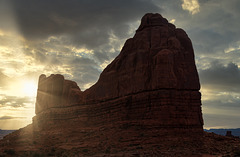 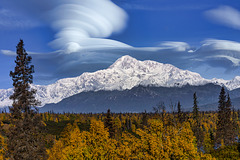 Denali is the highest mountain peak in North America, with a summit elevation of 20,310 feet above sea level. With a topographic prominence of 20,156 feet and a topographic isolation of 4,629 miles, Denali is the third most prominent and third most isolated peak on Earth, after Mount Everest and Aconcagua. 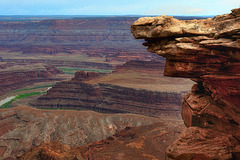 This is only one part of the view from Dead Horse Point State park which overlooks Canyonlands National Park and the Colorado River. 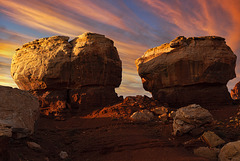 Smith Rock State Park is a state park located in central Oregon's High Desert near the communities of Redmond and Terrebonne. Its sheer cliffs of tuff and basalt are ideal for rock climbing of all difficulty levels. Smith Rock is generally considered the birthplace of modern American sport climbing, and is host to cutting-edge climbing routes. It is popular for sport climbing, traditional climbing, multi-pitch climbing, and bouldering. 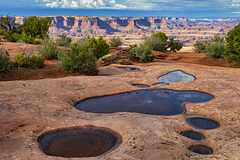 Water from thunderstorms fills depressions in the sandstone on top of the mesa overlooking Buck Canyon in Canyonlands National park. This section of the park is called the Island in the Sky. 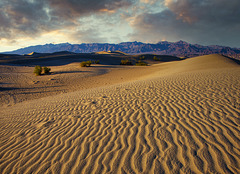 Death Valley National Park in California. These dunes are the best known and easiest to visit in the national park. Located in central Death Valley near Stovepipe Wells. This dune field includes three types of dunes: crescent, linear, and star shaped. Polygon-cracked clay of an ancient lakebed forms the floor. Mesquite trees have created large hummocks that provide stable habitats for wildlife. 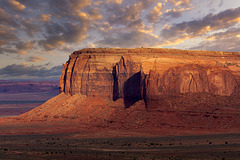 A closer view of Arrowhead Mesa. The arrow head is center right. A close look at the right edge shows a few cars at the viewpoint for the arrowhead. 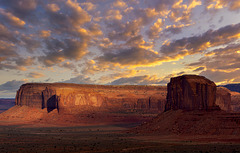 Monument Valley Navajo Tribal Park in Utah. Elephant Butte on the right with Arrowhead Mesa behind. You can't really see the arrowhead well from this view, but it does look like an arrowhead when you get close. 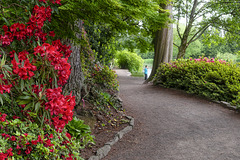 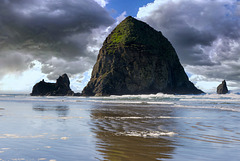 Cannon Beach is a city in Clatsop County, Oregon, United States. The population was 1,690 at the 2010 census. Cannon Beach is a popular coastal tourist destination in Oregon, famous for Haystack Rock, a 235 ft (72 m) sea stack that juts out along the Pacific Coast.In 2013, National Geographic listed Cannon Beach as "one of the world’s 100 most beautiful places." 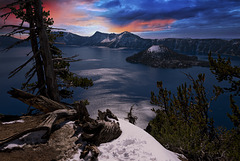 The Rim Drive at Dusk

Crater Lake is a crater lake in south-central Oregon in the western United States. It is the main feature of Crater Lake National Park and is famous for its deep blue color and water clarity. The lake partly fills a nearly 2,148-foot-deep (655 m) caldera that was formed around 7,700 (± 150) years ago by the collapse of the volcano Mount Mazama. There are no rivers flowing into or out of the lake; the evaporation is compensated for by rain and snowfall at a rate such that the total amount of water is replaced every 250 years 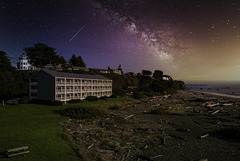 45 photos in total
Jump to top