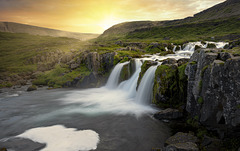 Kvíslarfoss is a smaller waterfall downstream of Dynjandi. And it is the one you cannot easily see from the footpath to Dynjandi. 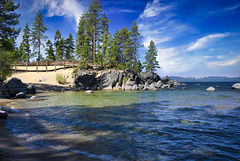 More than 2/3 of Lake Tahoe is in California. Sand Harbor State Park is on the north east shore in Nevada. It is one of my favorite places on the lake. It has a small cove nestled within a larger cove seen here. There are giant boulders everywhere and the water colors are amazing. 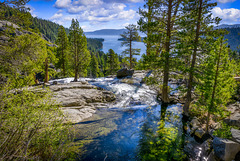 Eagle Creek (lower third) begins to cascade (center) as drops over Eagle Falls. In the background is Emerald Bay with it's small island. In the distance is Lake Tahoe. 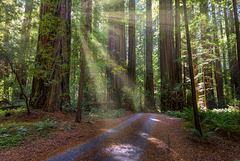 The Avenue of the Giants is a scenic highway in Northern California, United States, running through Humboldt Redwoods State Park. It is named after the coastal redwoods that tower over the route. The road is a former alignment of U.S. Route 101, and continues to be maintained as a state highway as State Route 254 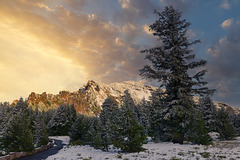 Captured near the Crater Lake Lodge on the south rim. 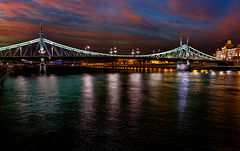 Captured on the Danube River. 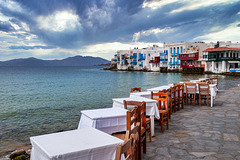 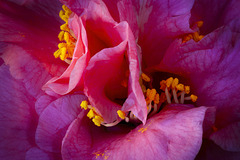 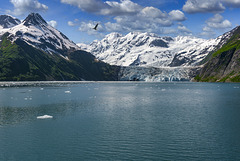 The Port Wells channel in the north western part of Prince William Sound leads to Barry Arm. Turning west into Harriman Fjord leads to Surprise inlet and the Surprise Glacier. 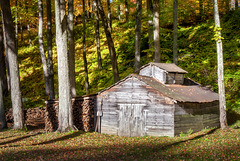 Sugar shacks or sugarhouses are small cabins or groups of cabins where sap collected from sugar maple trees is boiled into maple syrup. 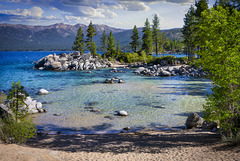 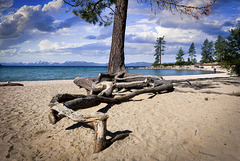 With most of it's roots exposed and severed, this pine tree (sugar pine?) still survives. This beautiful beach is part of Sand Harbor State Park on the east (Nevada) shore of Lake Tahoe near the California border. 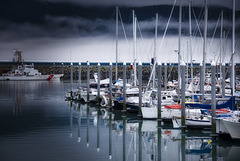 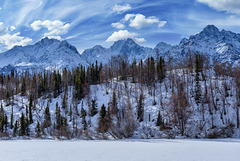 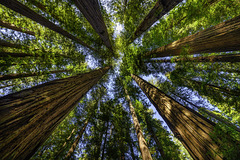 Captured on the Avenue of the Giants (Old Redwood Highway). Humbolt Redwoods State Park in California.

A very dark morning to the west, but the morning sun is sneaking in briefly from the east. Bandon beach on the central Oregon coast. 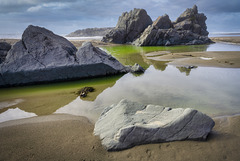 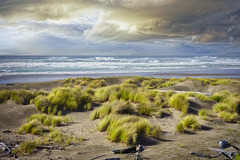 American Beach Grass is the predominate plant species on many coastal dune areas around the country. It is native to the mid-Atlantic coastal region and the Great Lakes, although is an introduced species in Oregon.
261 items in total
Jump to top