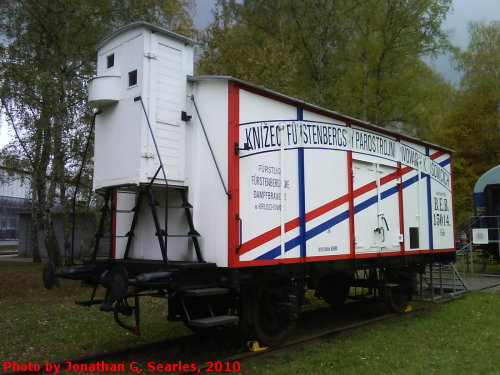 The title pretty much says it all. This is a beer van, or boxcar, that doesn't appear to be refrigerated. In reality, beer doesn't need to be refrigerated until maybe the time of serving, so that makes sense. I don't know for certain, but I assume that crew shelter is for a security guard rather than a brakeman, as beer theft seems a likely possibility in Czechoslovakia. Does anybody know for certain?
Suggested groups:
Comments