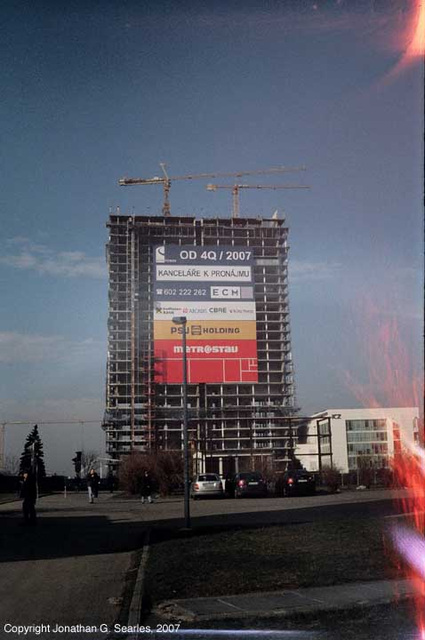 The City Tower in Pankrac sat abandoned from 1989 until this year, when someone finally decided to finish it. It was originally a Communist project from the 1980s, but was never completed and to this day remains under construction, even if its future looks much more bright now. Much more on it has been completed since I took this, and in fact most of the windows have now been installed. I took this photo with my leaky Lomo 135BC, hence the light leak on the upper right.
Suggested groups:
Comments