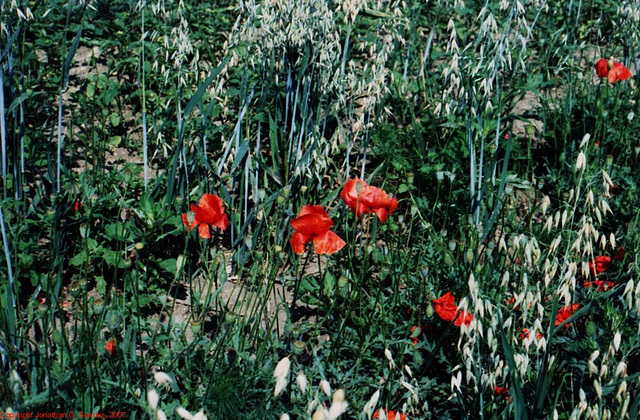 Getting into some miscellaneous stuff from Graham's visit. We visited the Bila Hora battlefield, as I illustrated earlier, and while we were there I used up a roll of film. I reloaded with Kodak Portra 160VC on the trail back to the tram stop, and the first subjects that I shot were these poppies, or at least I think that's what they are. I don't know if they were planted intentionally, but in Britain at least they symbolise war veterans, making them quite appropriate for Bila Hora. I don't know if they have the same meaning in Czech culture as in British culture, however.
Suggested groups:
Comments