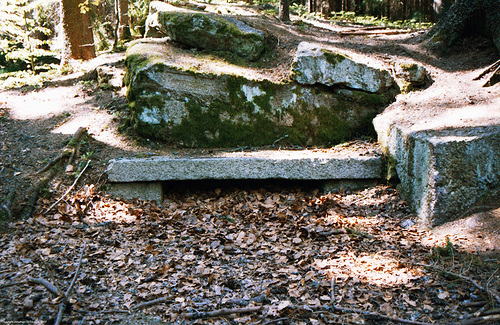 Even more interesting was this bunker on one of the curves in the Schwarzenberg Canal, or at least that's what it looked like. It had been filled with concrete by the time I took this, but given the (apparently) Russian markings on it, I'm almost certain that it dates to the days when it when Sumava was a military area, possibly as far back as World War II. Any further info on this would be really interesting.
Suggested groups:
Comments