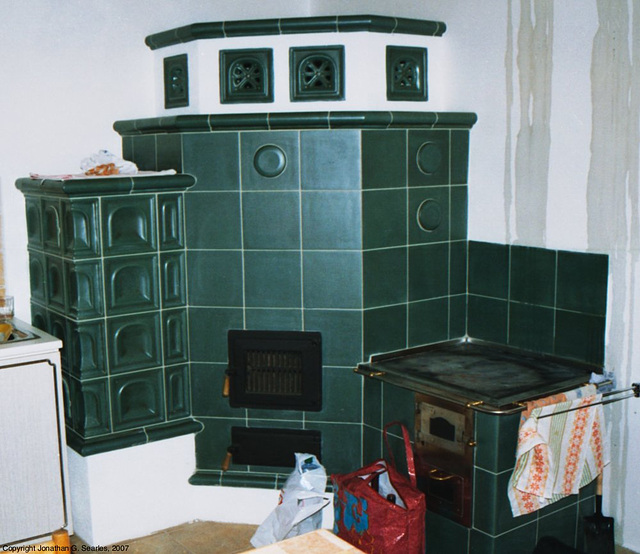 These ceramic stoves, usually fired by coal and used for heating more than cooking, aren't unique to Sumava and in fact can be found in various sizes all over the Czech Republic. They also aren't anything resembling new technology, as I've seen some from as far back as the Baroque period. Originally they were mainly for palaces and other very expensive buildings, sometimes reaching enormous sizes, but now the irony is that they're being made obsolete by central heating and/or the even more modern phenomenon of independent electric radiators in each room, so now they're as much associated with cottages in the countryside.

Thank you to Babelsalat for marking this photo a favorite!! :-)
14 years ago. | Permalink