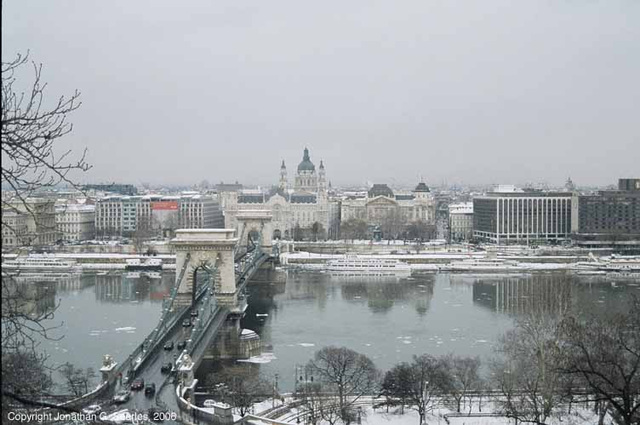 I took this from across the Danube, which had a fair amount of ice on this particular day, as it was February. I looked at this photo after a few months, and rediscovered it. I really like it, so I figured it had to get posted on Flickr. Initially, though, I made the flagrant mistake of mislabelling it as the Hungarian Parliament. It is, in reality, St. Stephen's Basilica. I mistaked the two because of their similar domes and towers.
Suggested groups:
Comments