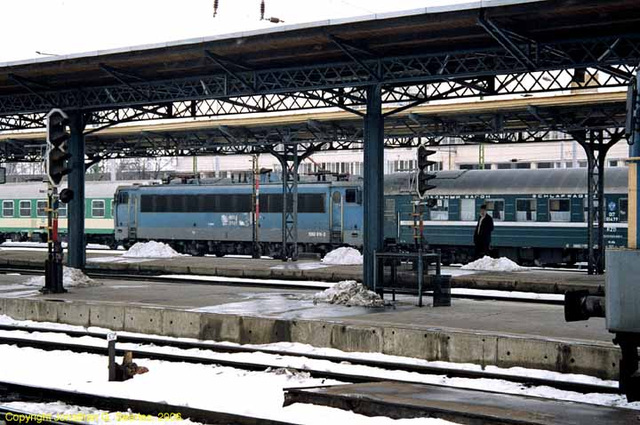 I noticed that this sleeper train was Russian, although I forget the destination. I think it was Petrograd (St. Petersburg), but I'm not certain. In any case, it's being pulled by a MAV (Hungarian State Railways) Class V63 electric here, which gives it a greater degree of exoticism, although really it's totally normal for sleeper trains to be pulled by the motive power of the railway on which they're running at a given moment. If you can read it in this picture, notice Russian Kryllic lettering and RZD reporting marks on the sleeper.
Suggested groups:
Comments