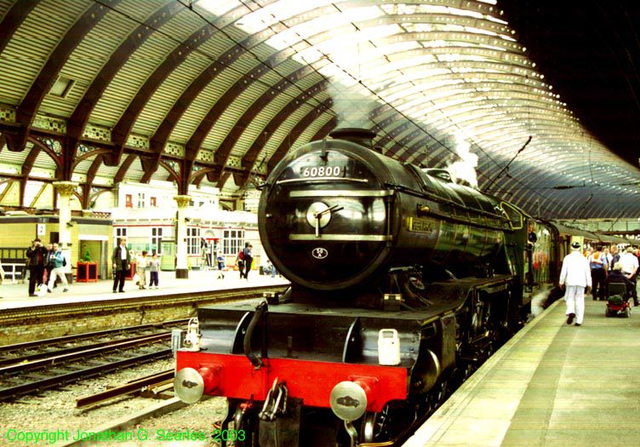 I used to help maintain "Green Arrow" at the (British) National Railway Museum in York, and this was the first run when I was one of the people who helped prepare it, so it was a moment of pride. It was preparing for a run to Scarborough, so I rode the train out and back and took a lot of photos, including this one. I wasn't qualified to actually work the run, as the regulations in Britain are pretty strict on that. Note that it's painted in BR Brunswick Green, and carrying its BR number, 60800. It has since, from what I've heard, been repainted back to its proper LNER colours (please somebody correct me if I'm wrong on this!).
Suggested groups:
Comments