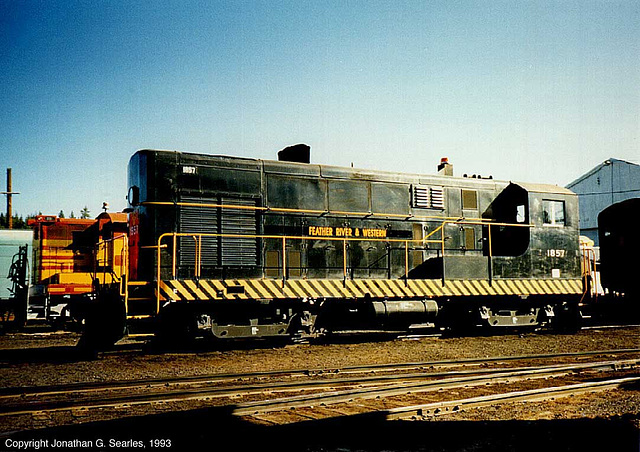 Apologies to everyone for all the trouble uploading this photo. Here it is, for good, finally. :-) I took this while I was taking a driver experience course at the Portola Railroad Museum, as this was the locomotive I drove, a Fairbanks-Morse H-12-44. It was weird in that it had no reverser, but rather the throttle had two seperate sets of notches, with the engineer shifting between them through a strike plate like on a Ferrari. The photo itself is interesting in that I only discovered the fake Lomo effect about a week or two ago. It wasn't a Lomograph, actually, but was taken with a Kodak Star 735 loaded with Kodacolor Gold 400 film processed in the conventional way.
Suggested groups:
Comments