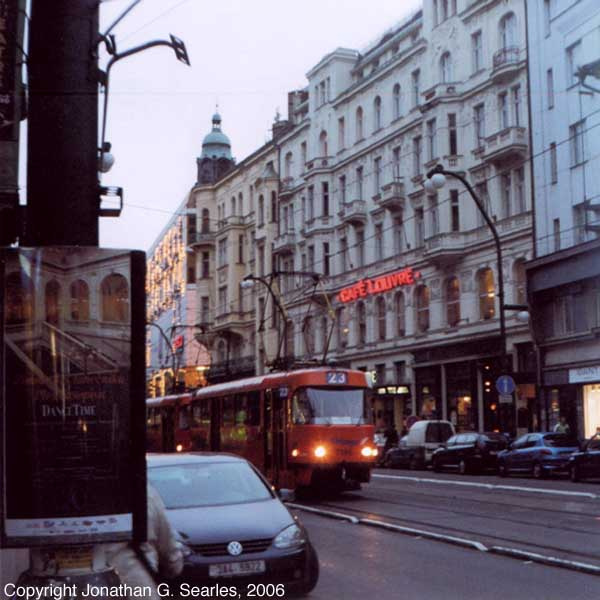 The Cafe Louvre was a favorite hangout of Franz Kafka, but it is only partly retro in feel. The crowd there today is relatively young, and basically there to party. I shot this photo with my Lomo 135BC, and was the first Lomo shot that I used my Polysix light meter with, as the exposure guide on the camera was useless at such a late hour of the day. Even then, I ended up with a major light leak on the photo, so I cropped it to square format.
Suggested groups:
Comments