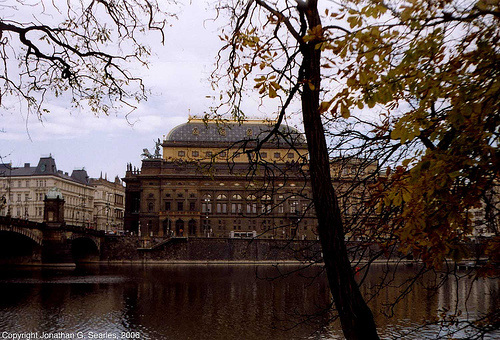 This was one of a series of shots I took from Zofin, an island in the Vltava accessible from the Most Legii, visible to the left. I had my Ikoflex with me, loaded with black and white film, and my Lomo 135BC, loaded with color. This is probably my most successful shot with the Lomo so far.
Suggested groups:
Comments