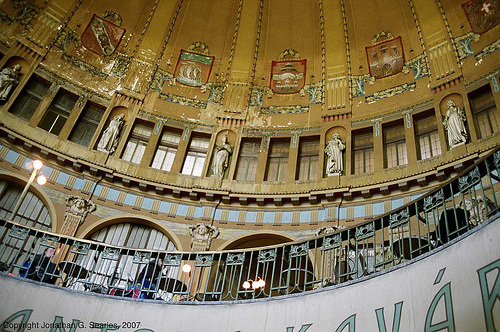 In spite of Fantova Kavarna being open to the public, this shot illustrates how difficult it can be to get the right range. I actually shot this from the pedestrian tunnel that leads to the tracks, as there's a huge hole in the ceiling to remind you of what's upstairs. That's understandable, since the tunnel system under the station used by most passengers is more or less universally considered ugly, whereas Fantova Kavarna, flaking plaster notwithstanding, is a whole other story.
Translate into English
Suggested groups:
Comments