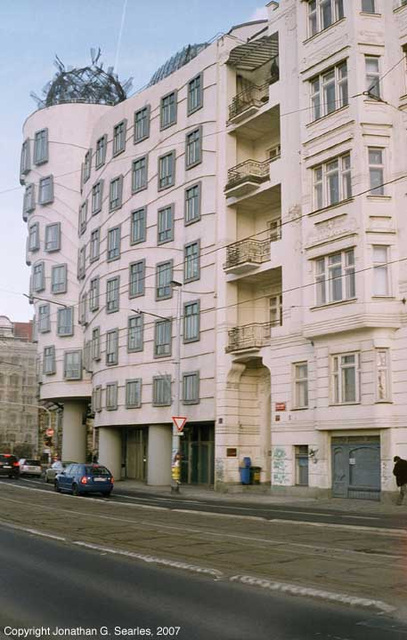 This is the famed "Dancing House," constructed in 1994-1996 to both widespread acclaim and derision, it was designed by Croatian architect Vlado Milunic in cooperation with Canadian architect Fred Gehry, it now houses a French restaurant on the roof, plus offices. It was originally intended to be a cultureal centure, but this never happened. My photo is unusual in that it views the building from the southwest, whereas normally photographers prefer to catch the more radical curves to this very oddly-shaped building that face to the northwest.
Suggested groups:
Comments