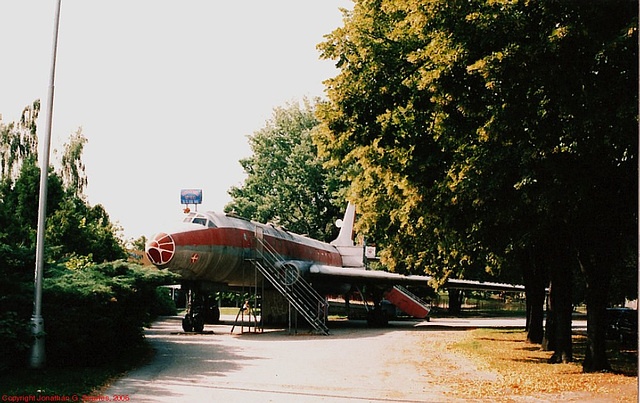 This is the famed "Aeroplane Bar" in Olomouc. It is in fact a genuine Tupolev Tu-104 airliner, the first successful design of jet airliner in history, as the very first jet airliner, the De Havilland D.H.106 Comet, had an unpleasant habit of blowing up in flight. It was also the first jet airliner built in the Communist bloc, and not to be outdone, Boeing introduced the 707 a few years later, finally giving the west an airliner to be proud of. In any case, this Tu-104 will unlikely ever fly again, as it's well....a bar, and in any case one of the wings is smashed at the tip.
Suggested groups:
Comments