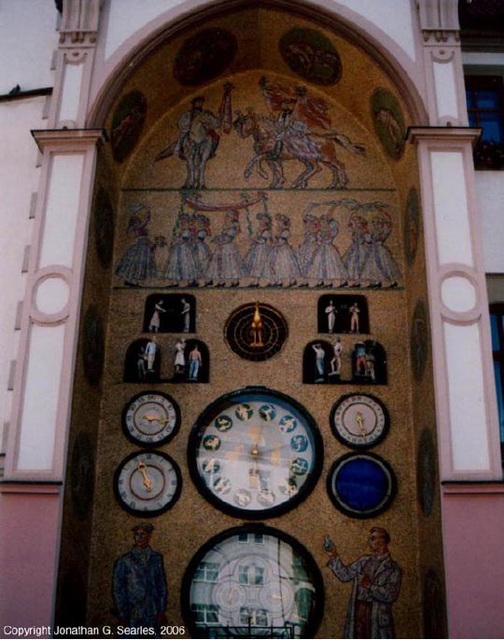 I've posted, deleted, and reposted this photo many times, always trying to get someone to look at it. For some bizarre reason, it's one of my most unpopular photos, but here I go again.....Astronomical clocks can be found in many towns in the Czech Republic, and two of the most notable are in Prague and Olomouc. An astronomical clock is called an "Orloj" in Czech, so this one, in Olomouc, is called the "Olomoucky Orloj." This one dates to 1953, replacing an earlier one, and being built under Communism, it glorifies workers, scientists, and ordinary citizens instead of Monarchs, religious leaders, and such. The music which plays when it chimes sounds like the Internationale to me, although if someone knows for sure that would be great.
Suggested groups:
Comments