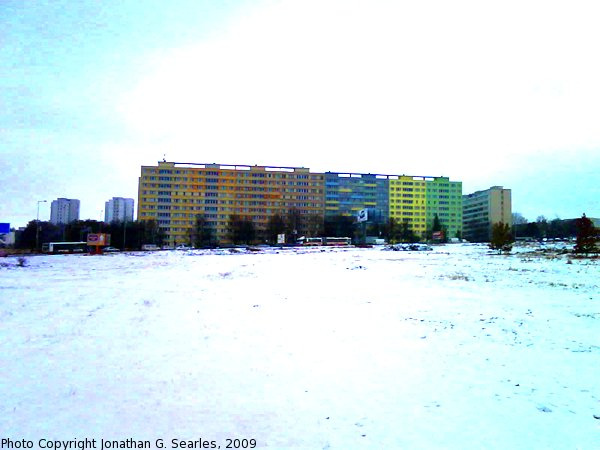 In the post-Communist era, most of the Sidliste projects have been modernised and rebuilt, and most of these rebuilds have included colorful repainting. This is what happened when I took the relatively bleak winter scene below, and cranked the contrast and saturation up.