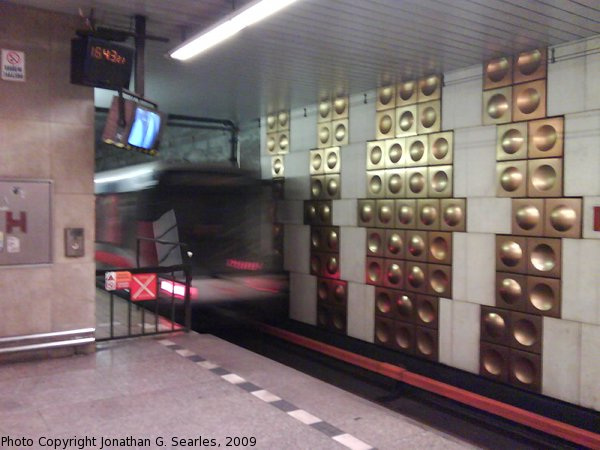 The Sony Ericsson W302 may only be a cameraphone, but it does have some low-light capability that even 400 ISO film can't match. I'm not sure what it's maximum ISO is, but if I had to guess I would say something between 400 and 800. Basically, you can shoot pictures on the Prague Metro with it, unlike with 400 ISO film, but you can't stop the motion of the trains like you can with 800 ISO film.
Suggested groups:
Comments