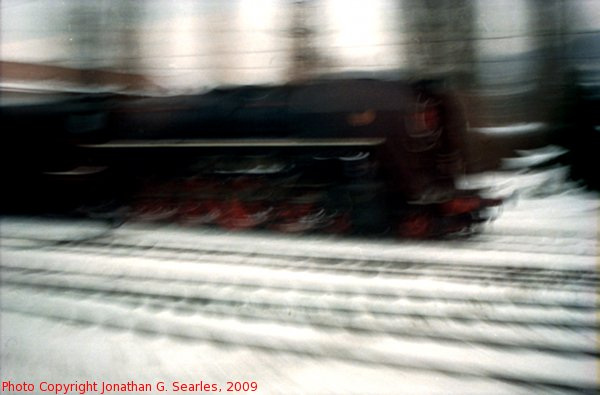 I originally had no idea what this locomotive was because the photo was so blurred, but eventually I found the info that I needed. This is Ex-CSD 475.179, which is an operable 475 Class 4-8-2 based at Decin, as seen here. I don't have the exact build date, but it would have been sometime between 1947 and 1950. The power rating is 1480kW (1985 horsepower), and the maximum speed is officially 100Km/h, although obviously a locomotive this powerful with medium-size drivers could probably do more.
Suggested groups:
Comments