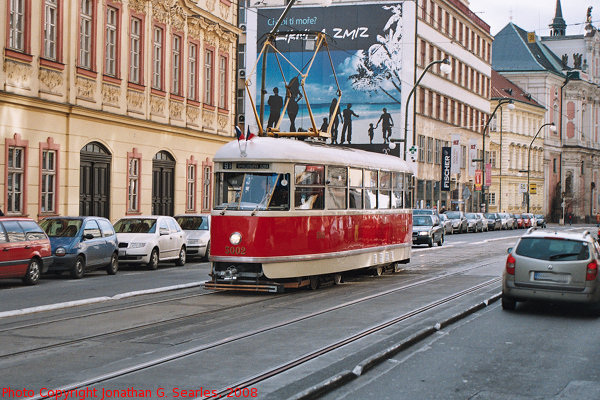 This is maybe my first good color shot of this tram, #5002, which is the best-preserved Tatra T1 in Prague. It was also the second T1 produced, after DPP #5001. It's also the one that runs well enough to be used for charters, special occasions, and sometimes historical tram service #91, although that's a rare occurance. Normally, it only works service #91 on November 17th, the anniversary of the Velvet Revolution. The Tatra T1 is a Communist-era design, being the first tram design used in Prague with two modern four-wheel bogies, as opposed to having four wheels suspended directly from the frame. Introduced in 1952 and produced until 1958, these trams were based on the famous American PCC cars of the 1930's, although the subsequent T2 class (produced 1955-1958) looks visually more like a PCC.
Suggested groups:
Comments