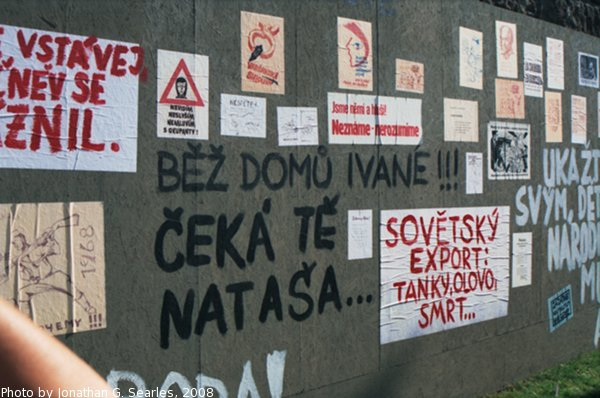 Although grafitti was much rarer in the Czechoslovak Socialist Republic than in the modern Czech Republic (for that matter, it was rarer everywhere in Europe in the 1960's than it is today), during the brief protests of 1968 the Czechs used it aggressively to insult the Russians or to voice their grievances. Many posters were also put up, in spite of Communist efforts to restrict access to printing presses and copiers.
Suggested groups:
Comments